Hearts defender Krystian Nowak insists a band of experienced leaders has ensured that the Tynecastle side are going into the new campaign with better quality and a stronger mentality.

While Cathro was keen to add players with a proven track record to his squad following a bitterly disappointing second half to last term, the versatile Nowak also believes the team is psychologically better off. 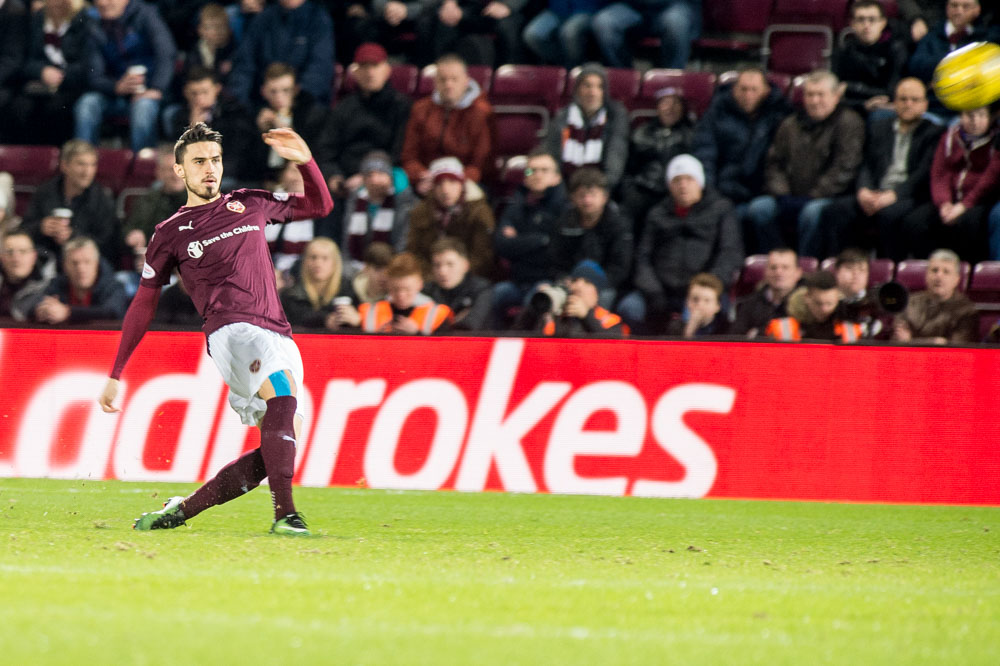 He said: “We have great experience throughout the team now. Aaron Hughes was already here last season but Christophe has been added during the summer and Laff is someone else that has that experience.

“We feel stronger with the new players. They are all good players who have played in the English Championship and have played for their national teams.

“They will demand good performances from us and I think we must play very well.

“I feel we can do very well in the season ahead.

“We have a good team, now we have a lot of good players. I think we can have a good start and keep it up for the games to come.”

Hearts fell to a narrow 2-1 defeat to English Premier League newcomers Newcastle United on Friday night in their final warm-up match ahead of Tuesday’s Betfred Cup clash at Elgin City.

Dwight Gayle scored a brace either side of a Jamie Walker equaliser, while Hearts marksman Esmael Goncalves missed a penalty at 1-0.

Despite the loss, Polish defender Nowak, who can also play in midfield, was encouraged by the display.

He added: “Newcastle are a very good team so it was a good performance for us and a good step up for the start of the season.

“It was good to play against quality players, they showed they can play very good football, very fast.

“We also played well in the first half, we had chances and missed the penalty.

“Now we must rest and look forward to the game on Tuesday.

“We’re looking forward to getting the season started, it’s the cup and we want to win it.”

Nowak, meanwhile, is excited about the prospect of playing at completed Tynecastle after getting a close up of how the new main stand redevelopment is progressing against Newcastle.

He added: “It looks nice now but when it’s finished it will be good.

“Last season was good with the old stand but now I think it will be even better.

“There will be more supporters and it will be be better atmosphere.

“It will be good but we must make sure we play well so they come.”