HEARTS head coach Ian Cathro insists talk of Rangers’ returning with a final bid for Jamie Walker is news to him.

Instead, the Tynecastle boss remains hopeful the winger could yet agree a new Hearts contract, and admits he deserves to be ‘rewarded’ financially if he does commit his future to the Jambos.

Walker is in the final year of his current deal and has been the subject of three failed offers from Rangers. 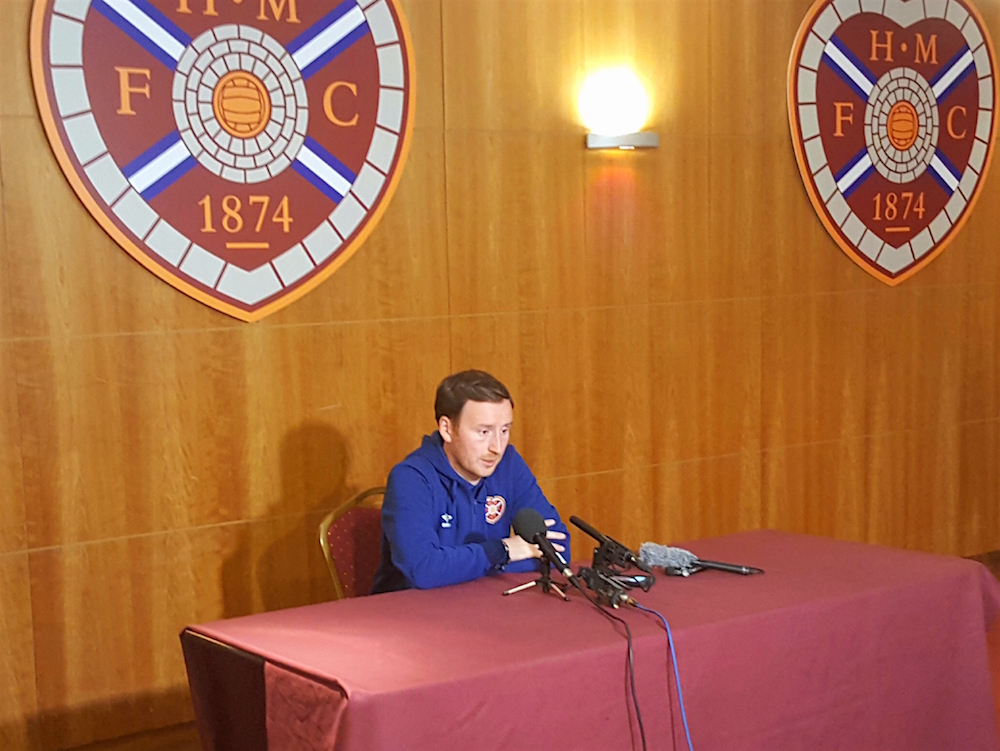 Another appears to be on the horizon, but Cathro remains relaxed about the 24-year-old’s immediate future at the club.

In fact, amidst talk of Hearts tabling a deal that would make him the highest-paid player at the club, he is adamant that an agreement to secure Walker beyond next summer remains a possibility.

As does another club other than Rangers expressing an interest before the current transfer window closes, he says.

Asked if Hearts had been made aware of another Rangers bid, Cathro said: “No.

“There’s a period of time to go. Maybe another club might want him, I think everyone has forgotten that’s a possibility.

“You can’t sit and pretend there might not be interest between now and the closing of the window.

“But for us to be constantly playing this game when there’s no need for it is just boring.

“We would love to have him here for a longer period of time. He’s a player who is at a level which should be rewarded as well.

“It’s quite calm. Nothing has changed.”

And Cathro remains determined the on-going Walker saga will not deflect concentration away from Tuesday night’s competitive opener against Elgin City in the Betfred Cup.

“It’s not detracting anything from us,” added Cathro when asked about the attention continuing to fall on Walker.

“We’ve been really focused on this first game since the first time we got back for pre-season.

“The game on Friday [against Newcastle] was really good for us, to have that level of competition and stress, playing against a higher-quality player and opposition.

“We all feel ready and it’s time to get started.

“We want to win. Pre-season finished on the final whistle against Newcastle. Now the season begins. We want to win the game. Is it a tournament we want to win? Yeah.”