A FUNNY video shows the moment a game bird happily “talks” to a gamekeeper as the shooting season nears its mid-way point.

The entertaining clip filmed on an estate in the Scottish Highlands shows the tame red grouse siding up to the keeper and making the unusual squawking noise.

The beat keeper – known as Pete – is heard talking to the bird, which is heard hilariously responding its and sounding similar to a duck quacking.

The comical bird is filmed chirping at the keeper who asks the creature: “What are you doing?” and Pete is even heard squawking back.

He then asks the grouse “are you a Leacainn grouse?” – an area of moorland on the estate where shoots are held – to which the bird cheerfully coos back.

Beat keepers are in charge of managing a beat or grouse drive during a shoot and often feed the game birds on the moorland.

The short clip has been viewed by over 40,000 social media users and has been shared by over 500 Facebook users.

Posted online by the Speyside Moorland Group, they wrote: “”This little guy sure has a lot to say for himself!

“Beat keeper Pete meets this #Grouse most days while out on the #Leacainn and always stops for a chat!”

The video has received dozens of comments from admiring fans, with some suggesting it could go into advertising a well-known whisky – Famous Grouse.

The image of the red grouse on the label of the Famous Grouse alcoholic drinks is one of Scotland’s most well-known grouse. 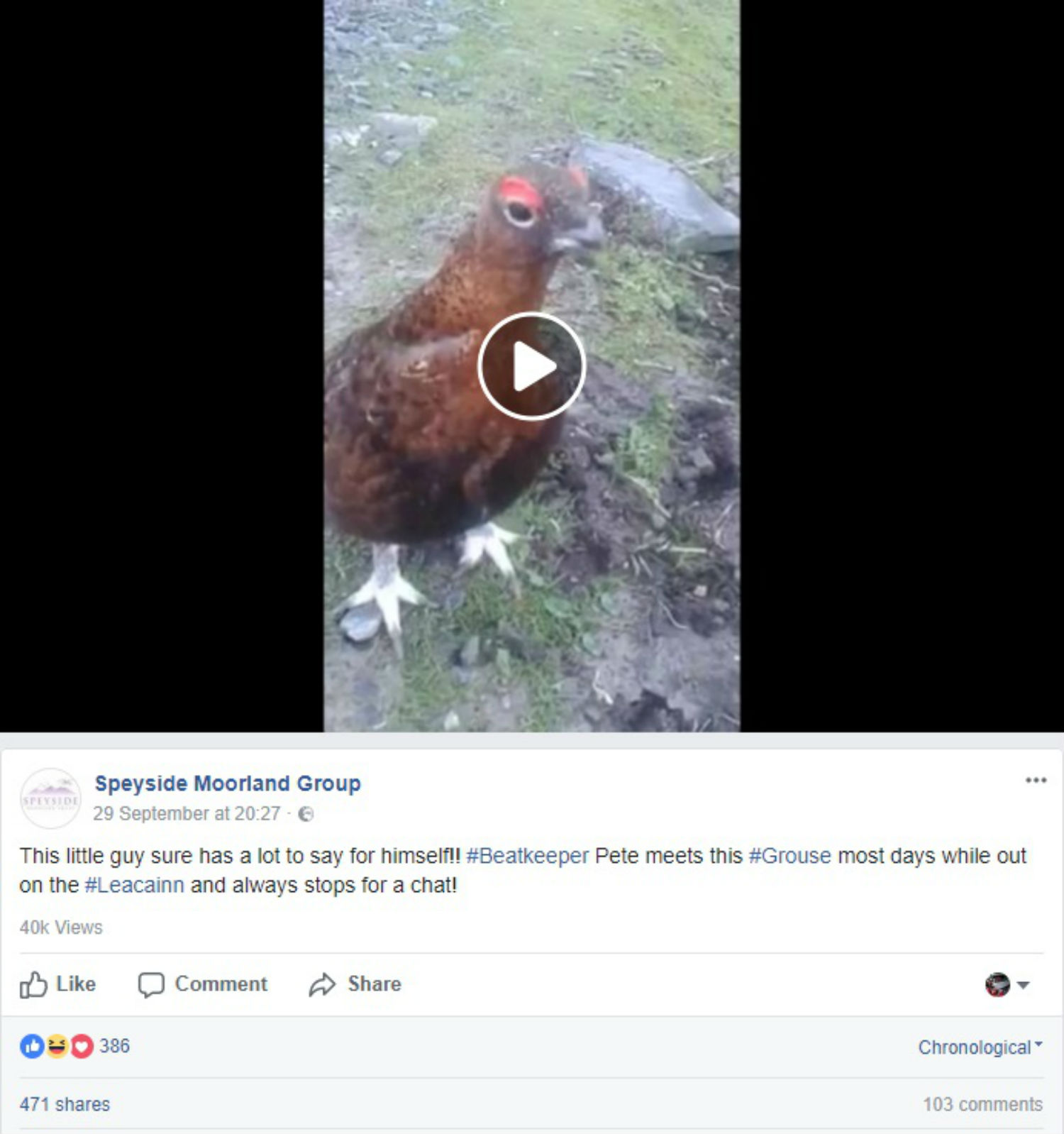 John Sutcliffe said “That grouse could end up famous…”

Robert Mitchell responded: “Brilliant get that sold to famous grouse for there next advert”

Carolyn Jackson commented: “Amazing. I do hope this grouse lives a long and happy life…”

The Scottish grouse season begins on August 12th – known as the glorious twelfth – and ends in the beginning December.