BILLY KING insists he has finally found a place to call home following a tumultuous two years – as he attempts to recapture the form which made him one of Scottish football’s brightest young wingers.

King, 23, was tipped for the top after bagging nine goals and 15 assists during Hearts’ march to the Championship title in 2014/15, winning eight caps for the Scotland under-21 side along the way.

However, he found himself frozen out at Tynecastle on their return to the top-flight and endured an inconsistent loan stint at Rangers before spending last season at Inverness, where he drifted in and out of the team and was unable to halt the Highlanders’ descent towards relegation. 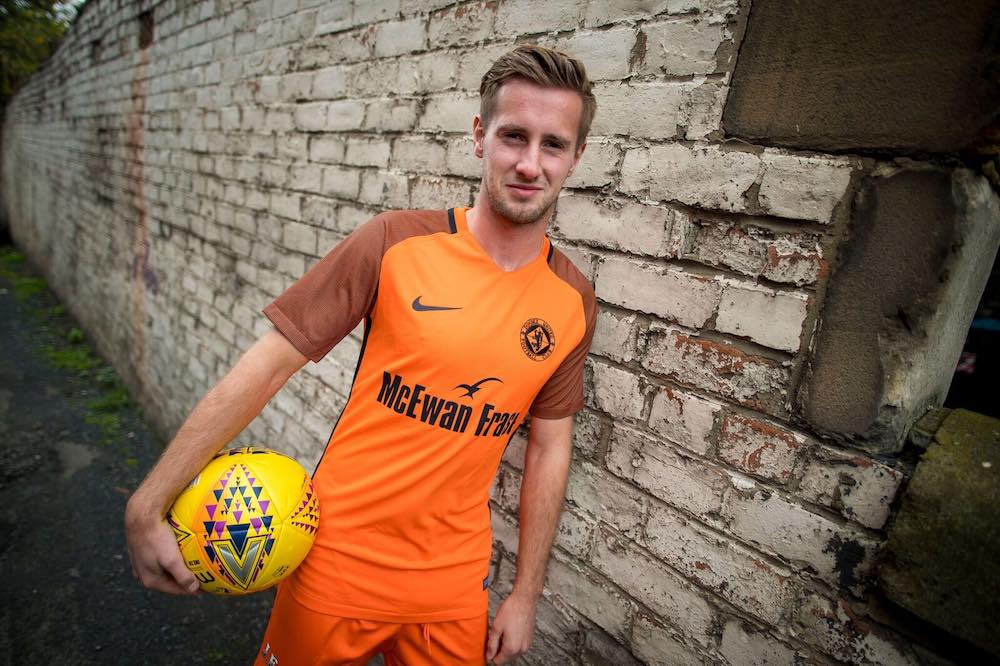 King also had the challenge of adapting to living away from Edinburgh for the first time.
Having made the switch to Tannadice, he has returned to the capital, found regular football and is seeking the momentum which has been sorely lacking in recent campaigns.

“This is definitely the most settled I’ve been in a while,” said King. “It’s different from Inverness, where I was living away from home. I’m able to live at home now in Edinburgh and that makes a difference.

“I’ve had a good run in the team, only missing one game this season and I feel like I’m getting there. I’m still looking to get back to my 100 per cent and I’m working really hard in training every day to do that.

“I want to get consistency, play as many games as possible and influence those games by getting goals and assists.

“I’m trying to get back to that level I was at with Hearts in this division. It’s difficult to recreate that because it’s different teams with different styles, but we’re getting better now and hopefully there’s more to come from me and the team.”

Saturday’s 3-1 triumph over Dunfermline was arguably United’s most impressive outing of the season, tearing apart a Pars side which went into the game top of the Championship. King knows that is the standard Ray McKinnon’s men must reach on a regular basis as they shoulder the burden of their title favourites tag.

“The win over Dunfermline was massive,” he continued. “It was a statement of intent and we want to continue in that manner.

“This season is going to be extremely difficult and people might think that one team is going to run away with it in the Championship – but it’s a difficult league. I don’t think we’ve been playing to our potential, and it hasn’t quite clicked yet.

“But we are getting fitter and combining better. You saw that at Dunfermline where it did click at times and hopefully that can continue.”

This weekend will, however, bring a different test as United host the champions of Northern Ireland, Linfield, in the last-16 of the Irn-Bru Cup.

“Our main priority is to win the league and win promotion, but we will be going out to win the game at all costs,” King added. “It’s at Tannadice and we want to put on a show for the fans.”