A LEADING Scottish nightclub had to “evacuate” an area of their club – after a reveller pooed on the dancefloor.

Why Not, on Edinburgh’s trendy George Street, reportedly had to clear out their LED room on Saturday night (25th) when a clubber left a defecation on the floor.

Several social media posts claimed that a clubber had defecated in the centre of the room resulting in customers having to be evacuated.

An image also surfaced on Twitter showing a yellow wet floor sign placed next to a brown substance int he club.

The club confirmed there was an “incident” but denied claims that party-goers had to be evacuated from the venue on Saturday night.

However, a clubber who was there has said that the LED room was in fact cleared out.
Ciaran Mckenzie said: “There was a jobby on the floor and yes the LED room did get evacuated.

“Not the whole place but the LED room.” 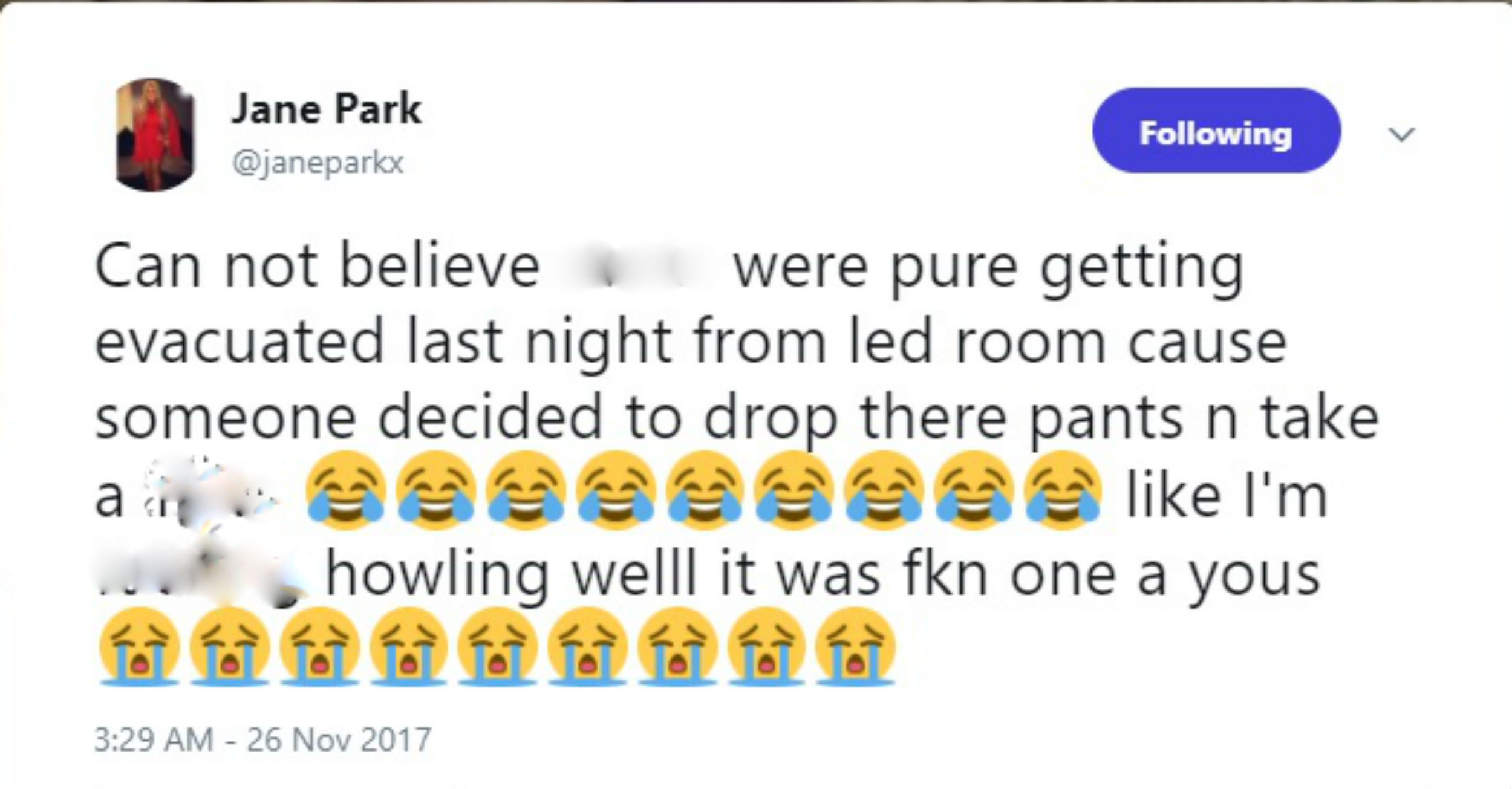 Lauren Anderson said on Twitter: “Someone taking a s*** on Why Not floor is the funniest/best thing I’ve heard all year.”

Gavin McCarthy said: “Here’s me thinking I had some night. Somebody has woken up to the realisation they done a s*** in the middle of Why Not last night.”

Peter Ingroia said: “Apparently some bird shat herself in Why Not last night. You stay classy Edinburgh.”

Jordan MacFarlane wrote: “Girl takes a s on the floor of Why Not. Sums up a night out in Edinburgh nicely. S***.”

Marco Pelosi added: “Edinburgh’s in meltdown over this s*** in Why Not.” 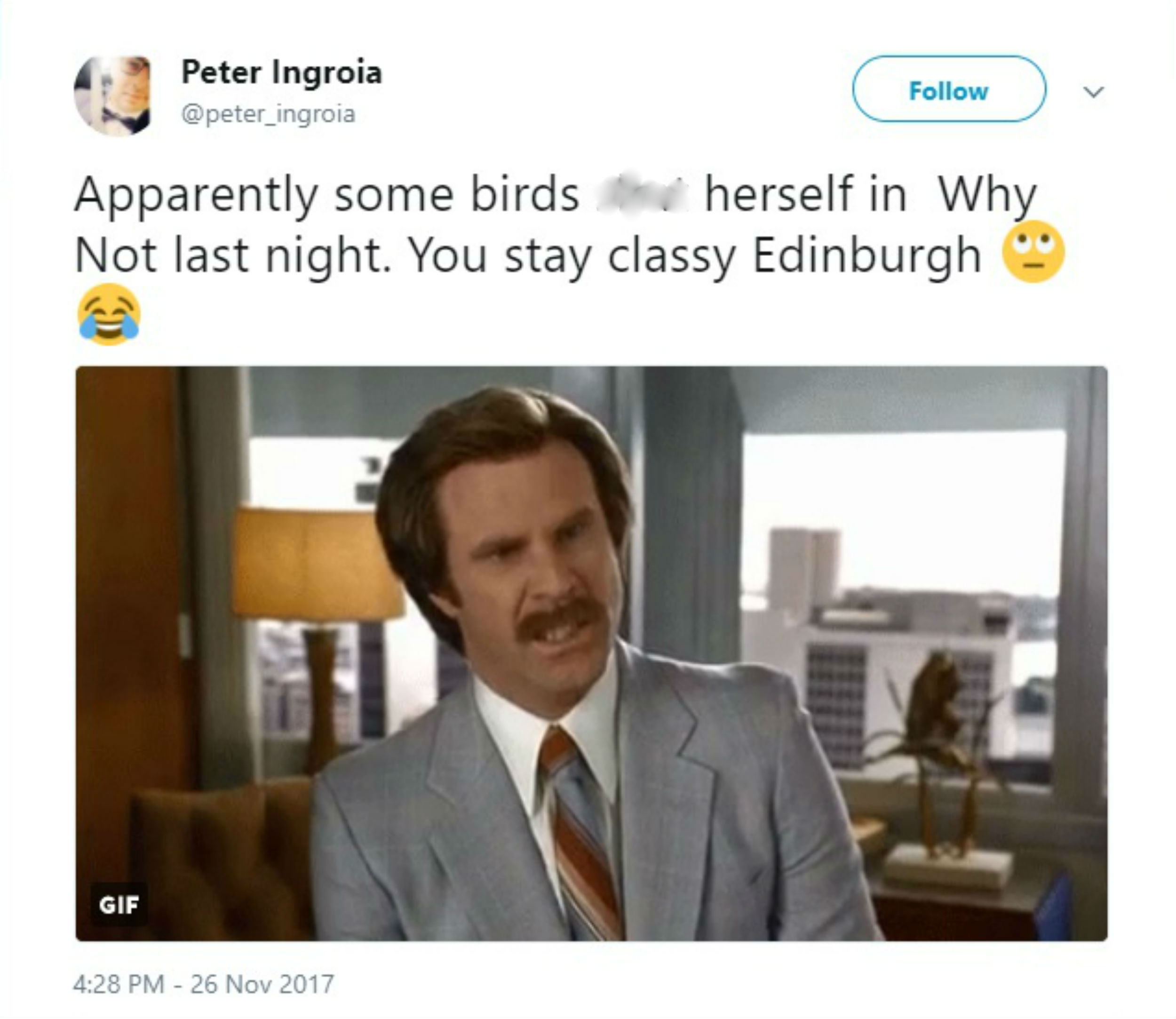 She said: “Can not believe c**** were pure getting evacuated last night from led room because someone decided to drop there pants and take a shite like I’m f***** howling.”

She later added: “Some c*** hasn’t just sent me a pic of someone’s pure s*** on the floor like, nah a wanty be sick everywhere.”

A spokeswoman for Why Not was asked about claims a poo had resulted in an evacuation of the LED room.

She said today (tue): “There was no evacuation. There was an incident that happened, but it wasn’t evacuated.

Why Not is one of Edinburgh’s longest running nightclubs and their website states that they play a range of music styles from RnB to chart, house, dance and club classics.
A complete refurbishment in 2013 saw them become the first club in Scotland to have an LED room.