A SCOTTISH bus driver has been photographed at the wheel with a bottle of Buckfast tucked in the cab.

The snap, taken in Edinburgh and shared online, has prompted dozens of jokes about the strains of driving in the Scottish capital.

But Lothian Buses today reassured passengers that the tonic wine was put there for safety, most likely after a customer left it behind to roll around on the floor. 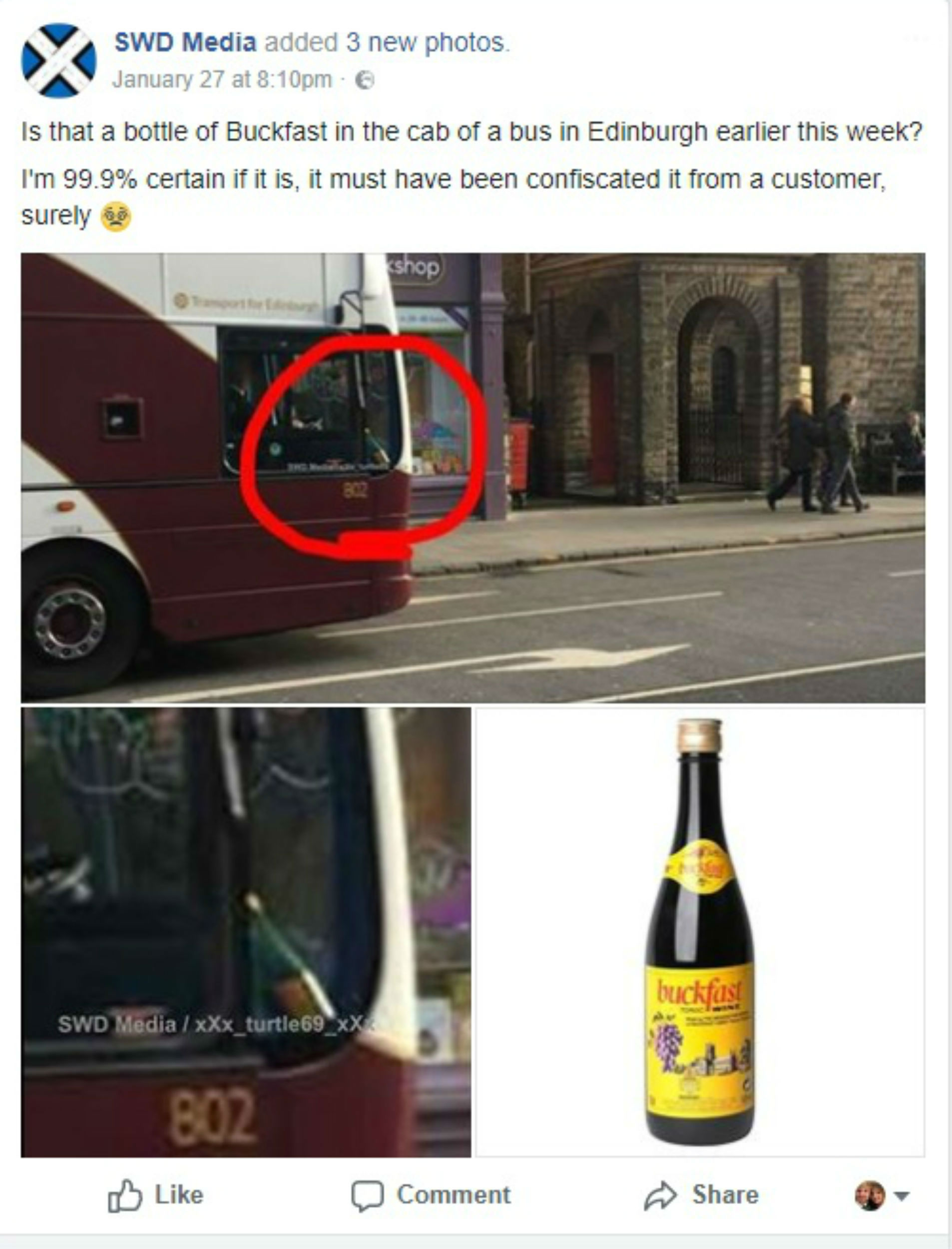 The snap was posted by SWD Media, who wrote: “Is that a bottle of Buckfast in the cab of a bus in Edinburgh earlier this week?

“I’m 99.9% certain it is. It must have been confiscated from a customer, surely?” The message was accompanied with a dizzy emoji.

Social media users piled in with jokes about coping with Edinburgh traffic for a living.

Ross Ratcliffe wrote: “Were you having a bad day pal?”

Other efforts included “You get thirsty during a shift?”, “Ease the pain of a Saturday shift” and “Helps driving about that hole that they call Edinburgh.”

But Malcolm Duncan was much nearer the mark, writing: “The driver will have done the decent thing of picking it off the floor to avoid injury. Bucky bottles get sneaked on buses by youngins. I’ve binned one before.”

A spokesman for Lothian Buses confirmed: “Our drivers will put bottles left behind by passengers in their cab for safety, rather than leave them rolling around the bus.”

Buckfast Tonic Wine is a fortified wine made by monks at Buckfast Abbey in Devon, is favoured by Scots and is regularly linked to boozy crimes across the country.

Earlier this month, drinkers went into meltdown over claims its alcohol content was to be slashed by over half, after a prankster sent out a tweet purporting to be from the official page of makers J Chandler and Co.