A HILARIOUS video shows the moment a bungling trio of thieves epically failed to rob a restaurant.

The gang appear to have pre-planned the raid but make a total mess of the execution – loitering outside for ages, struggling to kick open a door and then fleeing in panic empty-handed.

The criminals even dressed in matching grey tracksuits for the raid on the French eatery in Edinburgh around midnight.

Every moment of the two-minute raid was picked up by CCTV at Cafe Tartine, whose manager described the gang as at “the amateur end of the criminal spectrum”.

The cameras show the clueless criminals loitering around outside the glass doors of the brasserie.

After initially trying to get in by merely pulling the door handles, one of the thieves smashed through one of the doors using a crowbar.

The trio then run inside the premises while another camera captures them heading straight for the cafe’s office – where the safe would be. 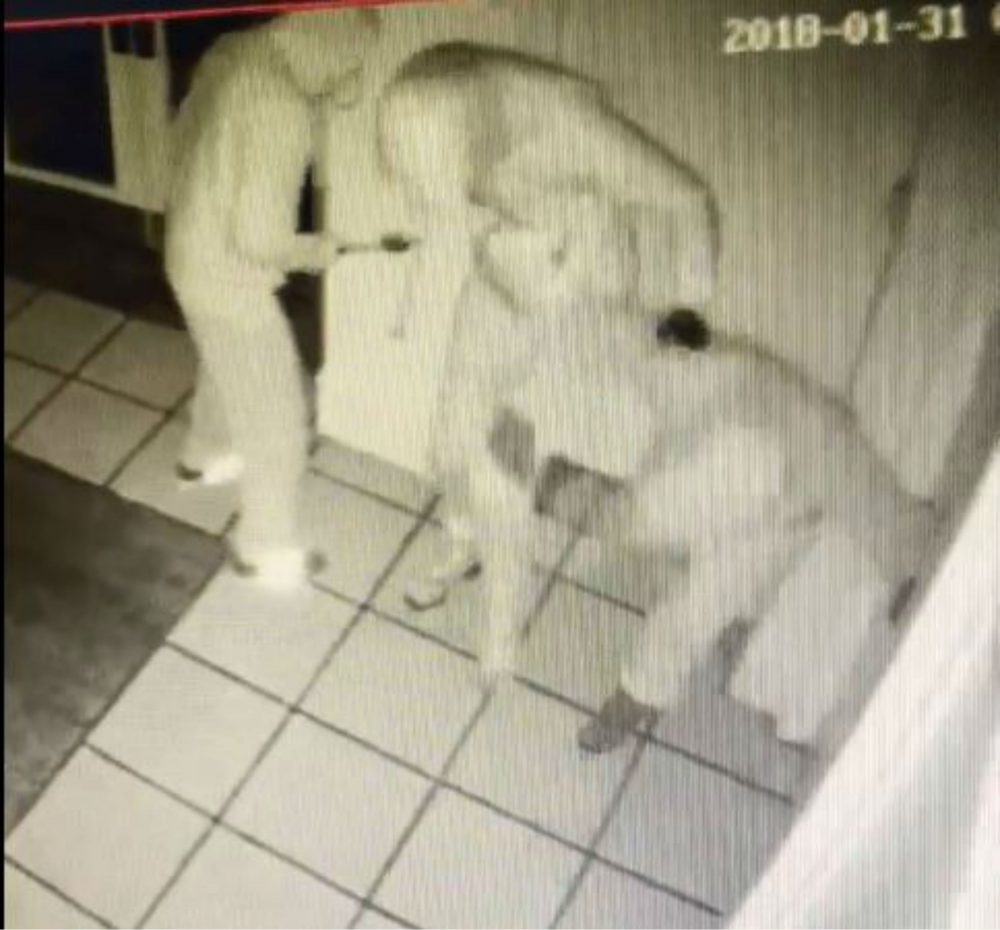 But they discover that kicking open a door is not as easy as in Hollywood movies.

The three take it in turns to kick the door, clearly baffled by its refusal to give way.

At one point one of the raiders decides to do a run-up before kicking into the door but fails.

He then flips round and gives the door a back kick before being joined by his friend who joins in and does the same.

Finally the man holding the crow bar comes along and nervously prods the side of the door before locking it to where the handle is placed. 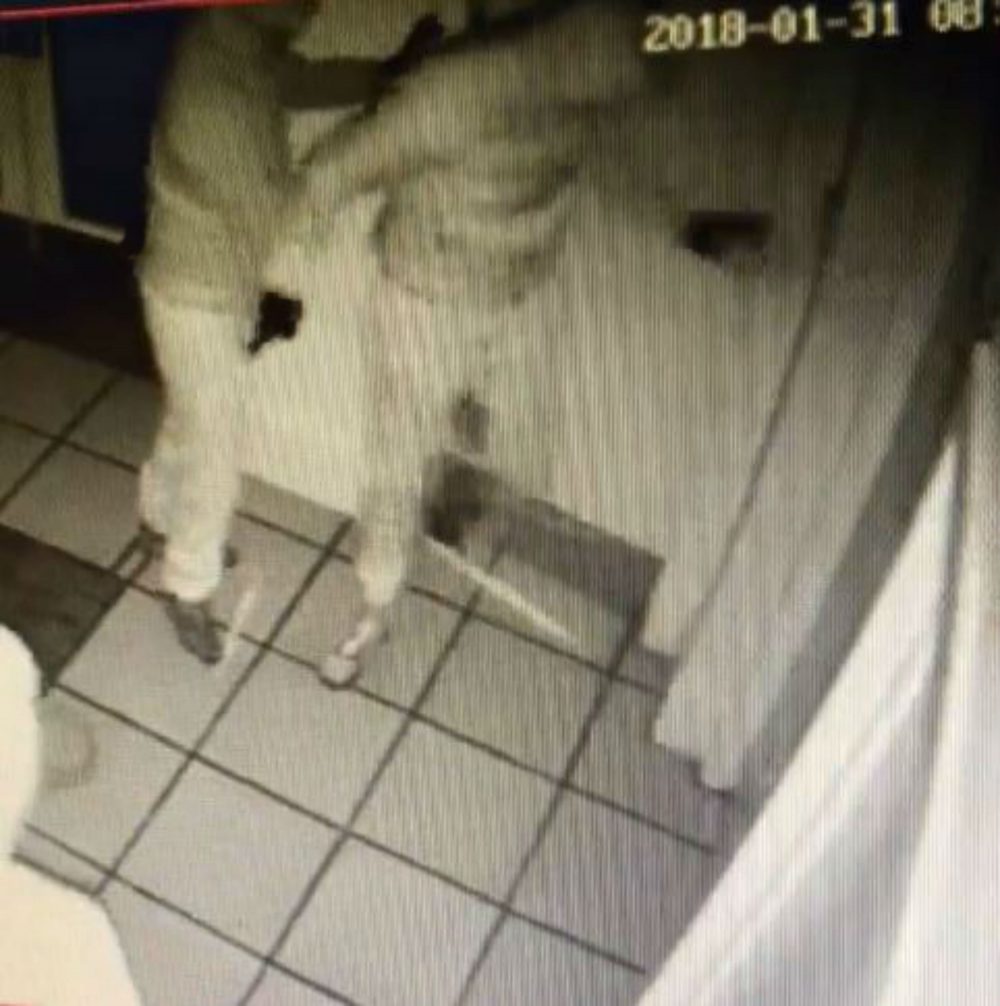 Still having no luck, another thief tries to help with their own crowbar but all the men end up returning their previous tactics of trying once again to boot in the door.

Suddenly the door bursts open while the trio are shown using torches to look around the office.

Unable to access anything and put off by the shrieks from the cafe’s security alarm the bungling trio give up, even closing the door behind them, and make a run for it.

The CCTV ends as the trio are shown tiptoeing out of the smashed front door.

Manager, Simeon Lee, today said: “They literally got nothing but it was if it was all planned as they knew where the office was and headed straight for it, not taking anything or looking anywhere for anything else. 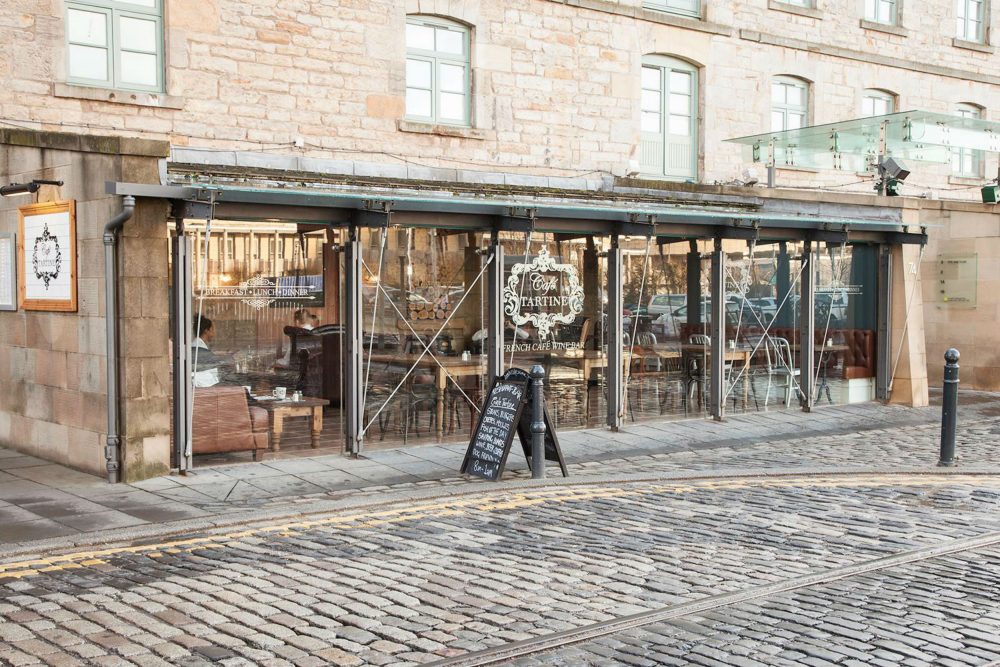 He added: “It was about midnight last night. They are definitely at the amateur end of the criminal spectrum.

“They didn’t get a bean, not a single thing.”

News of the break in quickly spread over social media.

Frances Mitchell said: “It looks like they also knew where the security cameras were, along with the office.

“I’m terribly sorry this happened to you. Hopefully they’ll be picked up soon.”

Craig Wilson wrote: “Little scumbag s***s. You can’t trust anybody nowadays, that was planned to a tee!

Konstantinos Chronopoulos said: “After Ocean’s 11, here comes Ocean’s three. I hope you’re insured for those doors! And I really hope you find the culprits! Absolute disgrace.”