SCOTS boxer Josh Taylor has been treated to a new Hibs strip by the club’s main sponsor after they spotted him wearing a three-year-old top.

The 27-year-old is well known for being a Hibee and has been vocal in his support for the Easter Road club.

Josh, from Prestonpans, East Lothian, has churned out 11 wins from 11 fights in his professional career, but despite all that prize money he hadn’t yet managed to get his hands on the new kit. 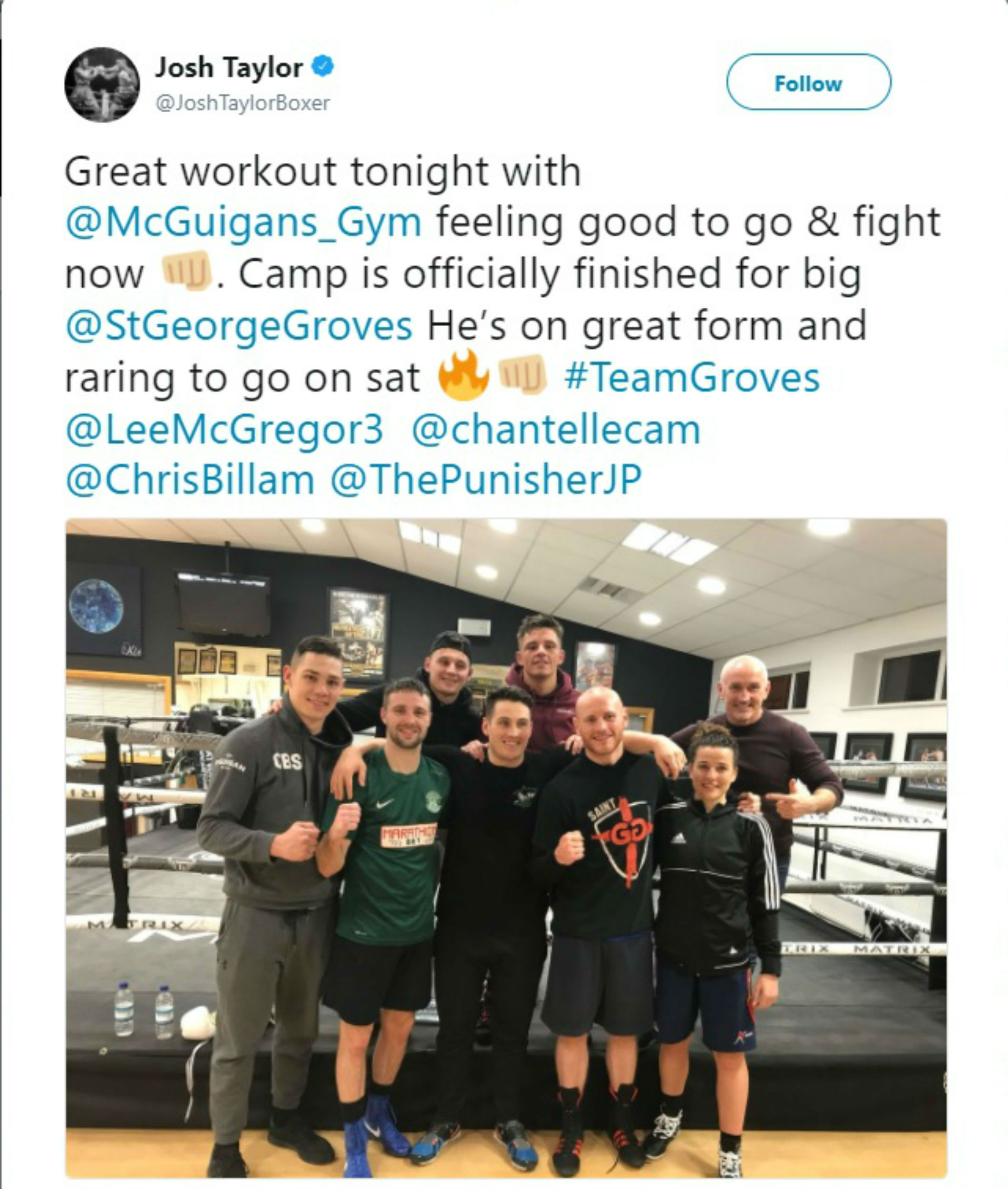 Hibs’ main shirt sponsors, Marathonbet, noticed that he was wearing an out of date strip, which they were keen to rectify.

The betting company’s official account replied with a photo of this season’s shirt bearing the name ‘Taylor’ on the back with the number 12.

They wrote: “You can’t be training in an old @HibsOfficial shirt for your next fight, so we’ve sent you a brand new one! Good luck in your 12th fight pal.” 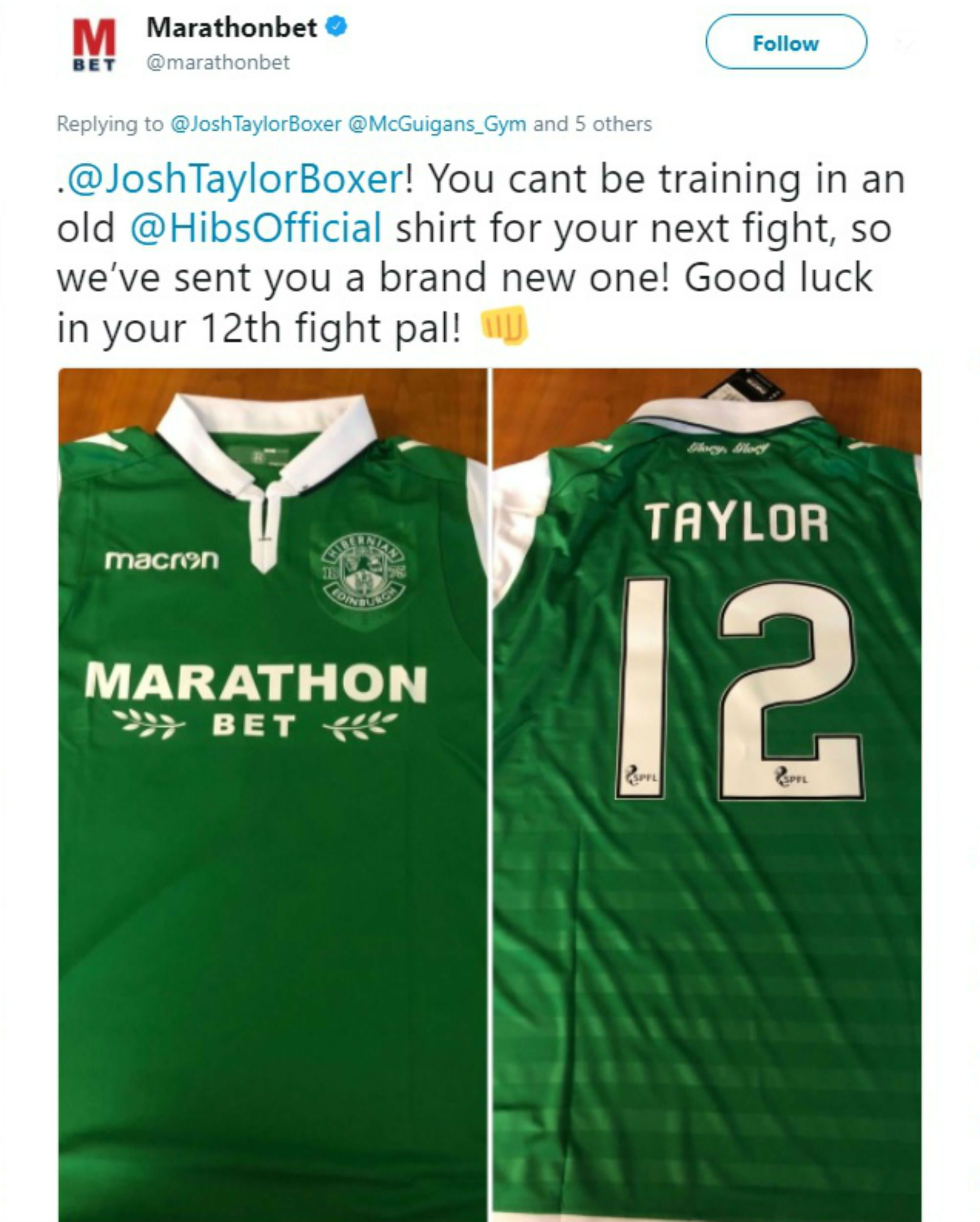 Hibs’ fans were impressed by their sponsor’s generosity and praised them in their replies.

Referring to “cabbage and ribs” rhyming slang for the team, Ryan Brown said: “Team cabbage, we’re all behind you fella.” 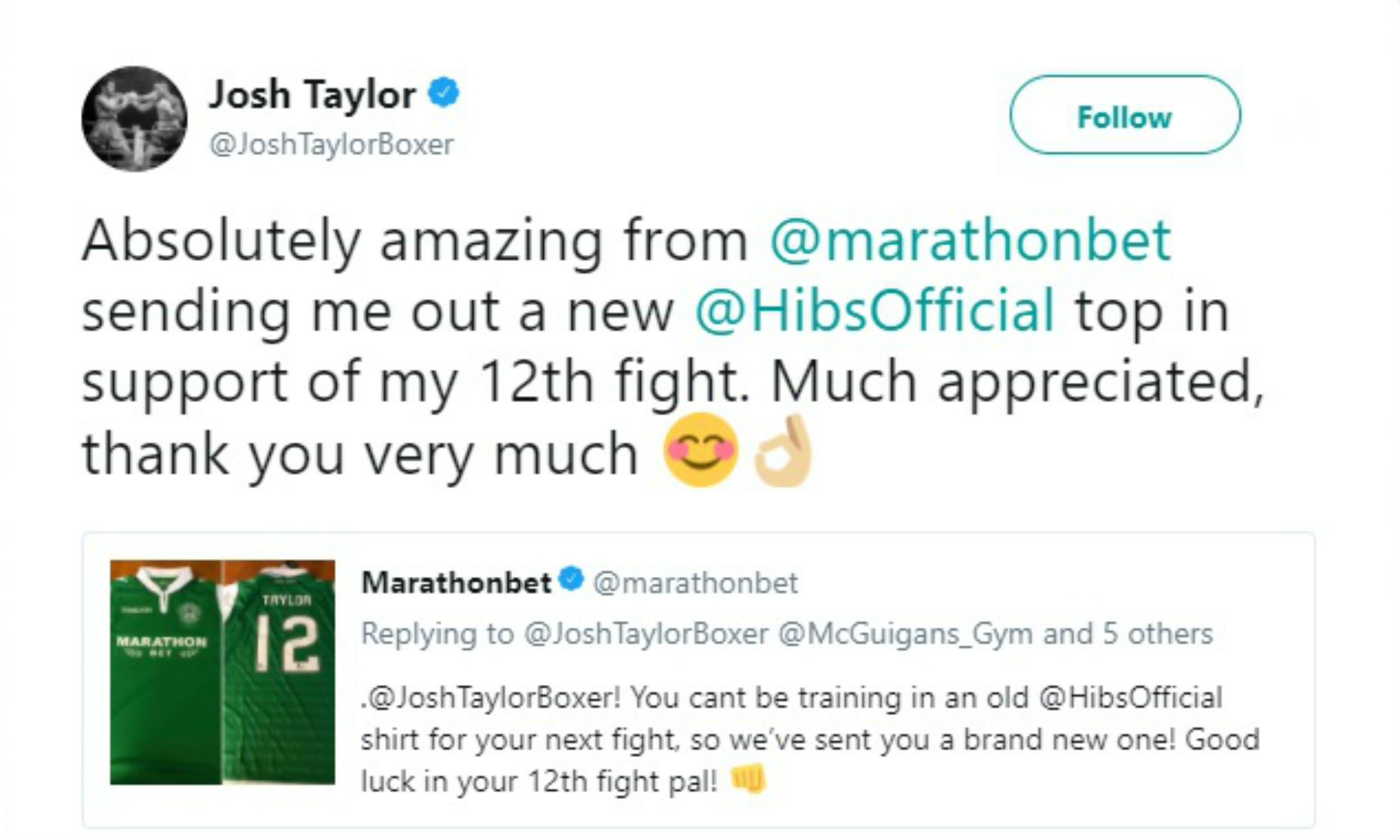 Willie said: “I wore that old shirt to that day in May. Love that shirt got my pic with the cup with it too. Good luck in your fight.”

In December last year, Josh Taylor got into an argument with Rangers fans on Twitter, branding them “Huns” before deleting the post after criticism.