HEARTS starlet Marcus Godinho is set to complete a remarkable rise from the rough-and-tumble of League 2 to becoming a full international after receiving his maiden call-up to the senior Canada side.

And the gifted defender’s impact at Tynecastle has come as no surprise to Berwick Rangers boss Robbie Horn.

The 20-year-old has been on the few causes for optimism for the Jambos during successive defeats against Motherwell and Hibs, turning in assured showings after being pitched in at full-back.

Those displays have not gone unnoticed by Canadian national team boss, John Herdman, who has named Godinho in a 22-man squad for the upcoming training camp in Spain which concludes with a friendly against New Zealand on March 24.

Godinho spent the first half of the season on loan with Berwick, and Horn is beaming with pride after seeing the youngster reap the rewards of the quality, aggression and work ethic he showed in the school of hard knocks that is League 2.

Horn lauded: “It’s great to see Marcus take that next step and it would be an incredible achievement for him to become a full international, and we’d be really proud of the part played by Berwick in that.

“I did think Marcus could make a mark at Hearts. Physically he was ready – he’s a bit older than some of the lads who have made their debuts for Hearts this season – he has a bit of aggression, is an athlete and has decent pace and good on the ball. 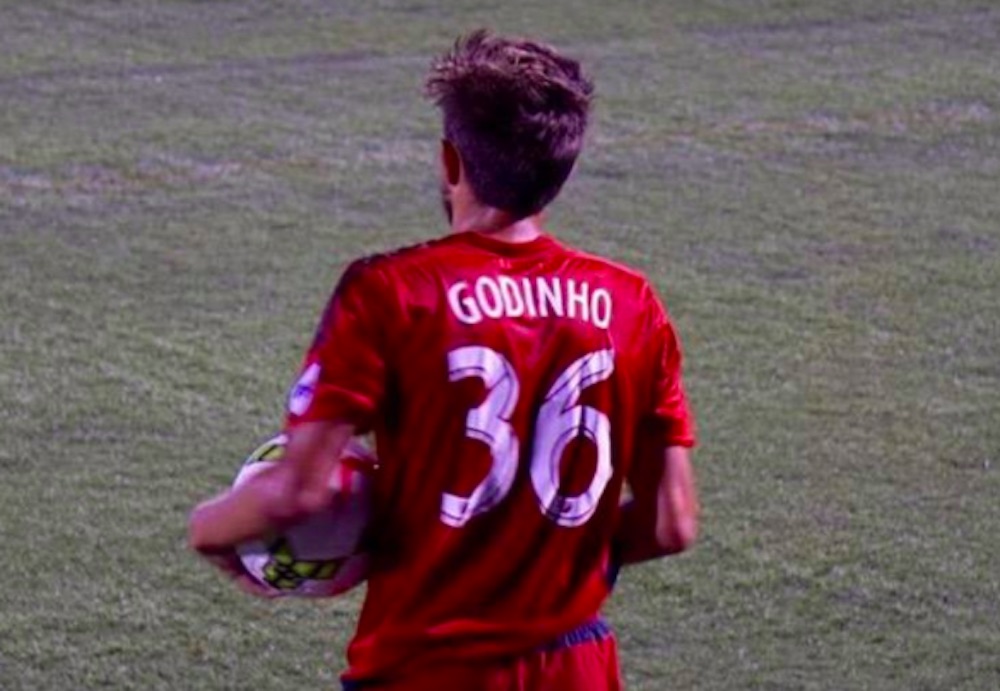 “You sometimes get a scenario with young players where they think they are better than the level they are coming in to. But he came here with the right attitude, saw it as a chance to develop his football and build his game.

“He had to learn a lot in League 2 – you need to win the battle before you get to play your football, and he did that. He was outstanding and has taken his opportunity at Hearts.

“Over the last two games, he has probably been one of Hearts’ top performers and I am delighted for him. He did really well for us, had a great attitude and is a good lad. He looked like he had the attributes to push on to the first-team squad at Hearts and it is wonderful to see him do that.”

While Godinho was firmly on Canada’s radar during his time at Berwick, the same goes for on-loan Rangers goalkeeper Robby McCrorie, who has played 34 games for the club this season to cement himself as Scotland’s number one at under-19 level.

Horn smiled: “When Marcus was called up to the under-23s earlier this season I had a wee joke with him and Robby McCrorie, who we have on loan too, about the amount of international recognition we were getting at Berwick. It’s not bad for a team third-bottom of League 2!”

Joking aside, Horn is hopeful Berwick can be seen as the perfect finishing school for young talent. Andy Irving also enjoyed a loan spell there before breaking into the Hearts side, McCrorie earned a new contract at Rangers due to his displays.

Horn, on the books of Hearts as a player, added: “It’s a feather in our cap that we’ve had someone like Marcus down that the club, as well as Andy Irving. We’ve got Alex Petkov from Hearts, Jack Hamilton from Livi and Robby McCrorie from Rangers has been outstanding – albeit he’s a bit busier than I would like!

“Ideally, we would be doing a bit better than we are at the moment, but hopefully other clubs will see that we are developing players and potentially get the pick of the bunch when these lads are going out on loan.”