GARY LOCKE has tipped John Souttar to be a Hearts captain of the future after insisting the influence of Christophe Berra and Aaron Hughes mirrors his own apprenticeship alongside Craig Levein and Gary Mackay.

The 21-year-old was a surprise omission from Alex McLeish’s maiden Scotland squad for the upcoming clashes against Costa Rica and Hungary and, even when Russell Martin withdrew through injury, he was overlooked in favour of Celtic youngster Jack Hendry.

However, Locke is adamant that should not overshadow the progress made by Souttar this term after he built a laudable partnership with Berra, helping the capital club register a record-breaking run of eight successive clean sheets between November and January. 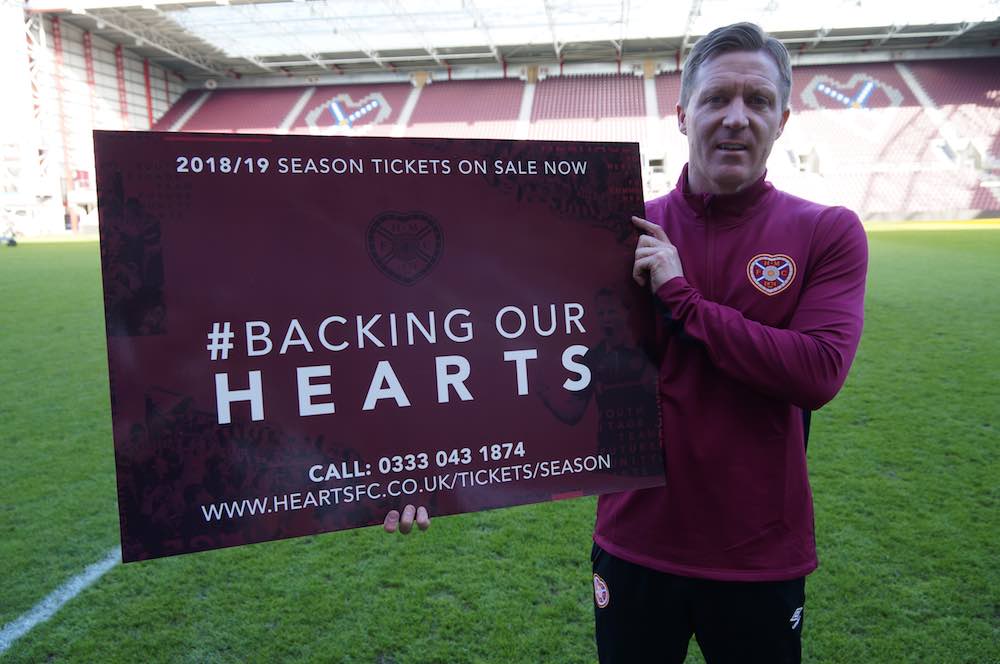 Hughes – the most capped outfield player in the history of British football – has been similarly key, even if adopting the Northern Irishman’s vegetarian ways was a step too far for Souttar.

And Locke sees similarities with his own development as a youngster at Hearts, being shaped by a swathe of demanding senior pros – before taking the armband at the tender age of 20.

“This has been John’s best season since he came to the club and that is all down to playing alongside Christophe and Aaron,” lauded Hearts ambassador Locke. “He even tried to copy Aaron and become a vegetarian for a couple of months! I don’t think that has worked out for him though.

“I know how important that is. I came into the Hearts team as a young player and had to learn quickly. I did not sail through my first 10 or 15 games easily, but I had experienced guys beside me who let me know all about it if I made a mistake.

“They were the first to get on at you AND the first to help you in games. Guys like Craig, Dave MacPherson, Gary Mackay, John Robertson were all mentors to me and it was a fantastic education and great way to learn the game.

“Then Jim Jefferies saw a lot in me to make me captain and I think John will suit that role moving forward – although Christophe may have something to say about that!

“John certainly has all the attributes to be a Hearts captain. He is probably quieter than Christophe, but the more games you play in the first team the more confident you become.”

Locke is forthright in his assertion that Souttar’s ‘time will come for Scotland’ at senior level, and he is also adamant that Berra’s time has not yet passed following the 33-year-old’s omission from the squad to face Costa Rica and Hungary.

“Big Alex [McLeish] spoke to Christophe he told him he wants to have a look at one of the two younger lads,” continued Locke. “Christophe has had a brilliant season and has been Hearts best player and most consistent performer.

“I would have thought he’ll be back in there for the competitive fixtures. Alex knows what Christophe strengths and weaknesses are and he has done very well for Scotland.”

Berra and Souttar are likely to be the backbone of a new-look Hearts side next season, with Craig Levein having already stated he will seek to bring a swathe of new faces to the club during what promises to be another tumultuous transfer window.

However, Locke has backed the club to get it right during the summer and finally sew the seeds of stability – and says there are ‘no excuses’ for another underwhelming campaign next term.

“Hopefully Craig can get his business done early this time and, in the next few windows, we won’t have that same level of turnover,” added Locke.

“The quality like Steven Naismith we brought in during January showed what we can do and the type of players the Hearts fans want to see. If we can get players of that quality, and without the unrest of starting next season at Murrayfield, then there are no excuses.

“I think there are a number of issues why we haven’t done as well as we could have this season, but we need to do better next season; getting in the top six isn’t enough for Hearts. When I played here, there is always pressure on you to deliver and we need to strive to get into Europe at least.”

*Gary Locke was speaking as he launched Hearts’ 2018/19 season tickets, which go on sale on Wednesday morning*