Ptarmigan Lodge was built by the Duke of Montrose 160 years ago as a hunting lodge on the banks of the famous loch. 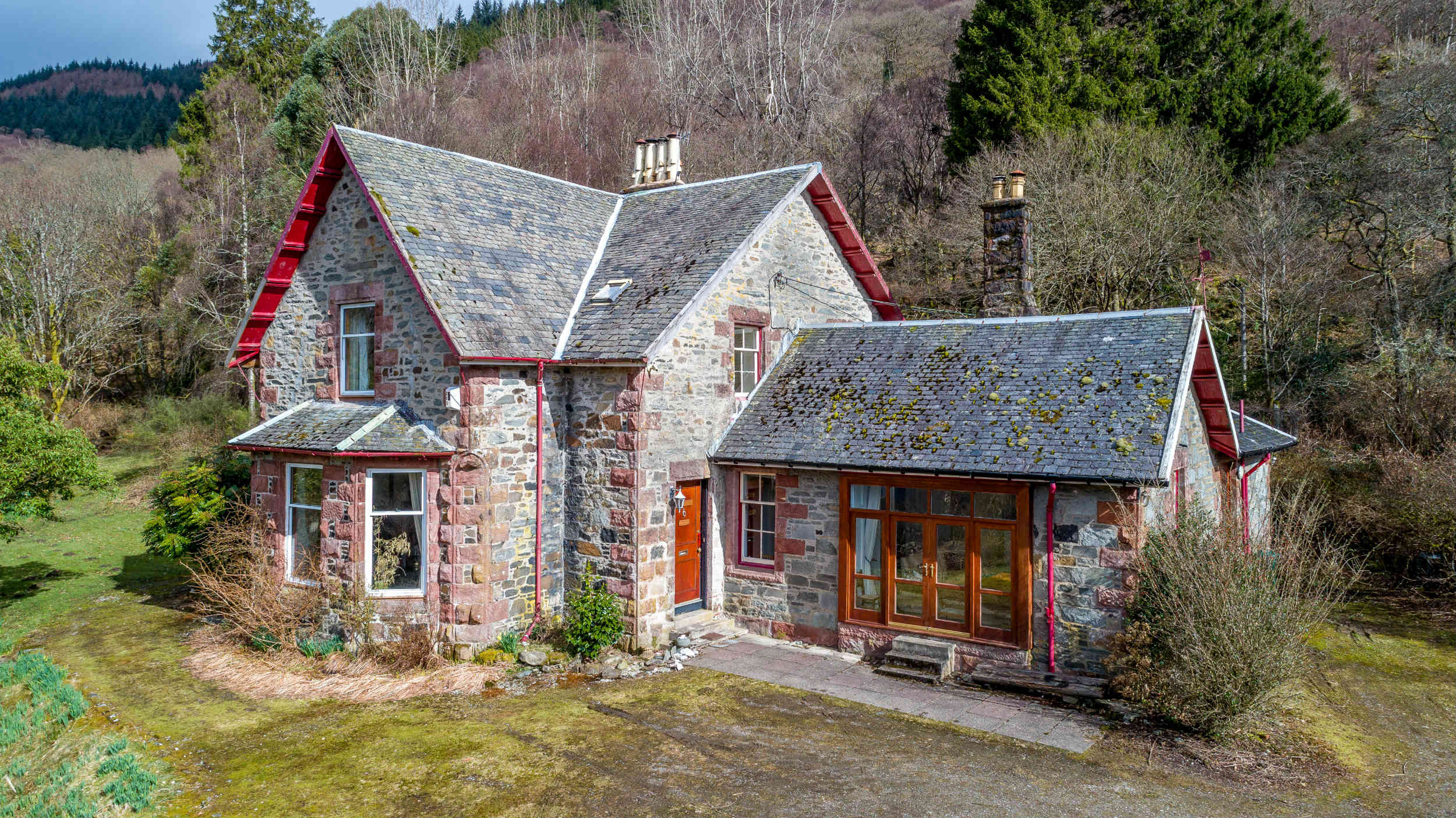 It is now a beautiful home with, as well as the private beach, shore frontage, breathtaking views and is near the starting point for the main path up Ben Lomond.

The lodge also benefits from riparian rights and is now being sold for offers over £550,000 by property agents Savills. 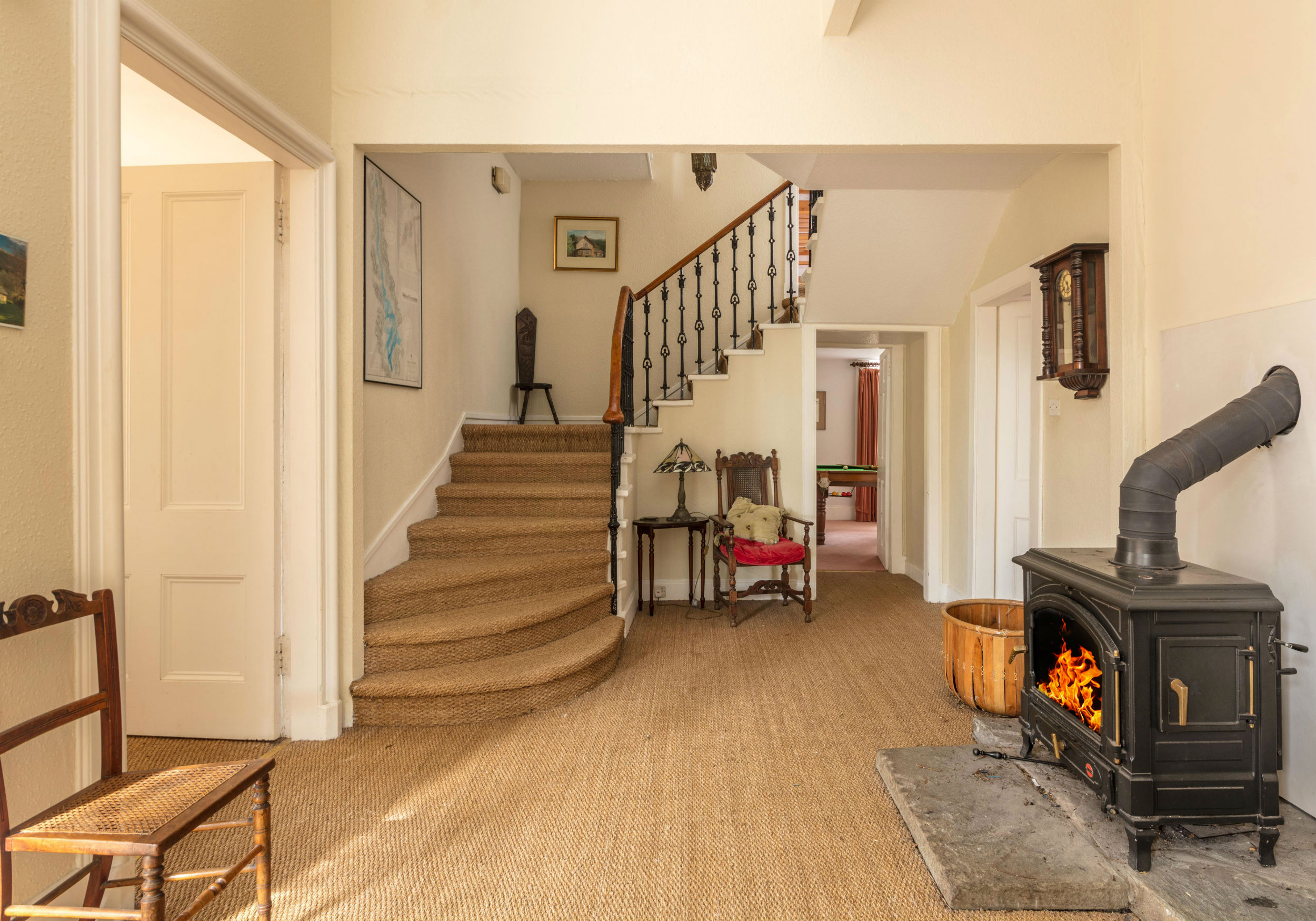 It also comes with a separate timber-built lodge and boathouse and grounds extending to 13.5 acres.

As well as four bedrooms, there are four reception rooms including one with a feature fireplace and impressive bay window, one with a wood burning stove, and a games room.

Savills say in their brochure: “Ptarmigan Lodge lies in a unique and enviable position deep into the Loch Lomond and Trossachs National Park and with direct access to the eastern shore line of Loch Lomond. It is quiet and peaceful at the end of the eastern loch-side road, yet for those who relish country life it is approx. one hour’s commute from Glasgow.

“Commanding an enviable waterside location on the banks of Loch Lomond, the property offers a unique opportunity to own a wonderful family home or holiday retreat.”

The agents also explain the outdoor attraction of living in the lodge.

“Ptarmigan Lodge enjoys an idyllic lochside setting in a plot that extends to about 13.5 acres. This mostly consists of woodland with an area of lawn immediately surrounding the property.

“There are many vantage points within the grounds and various clearings maximising the views from the house”, adds the brochure. 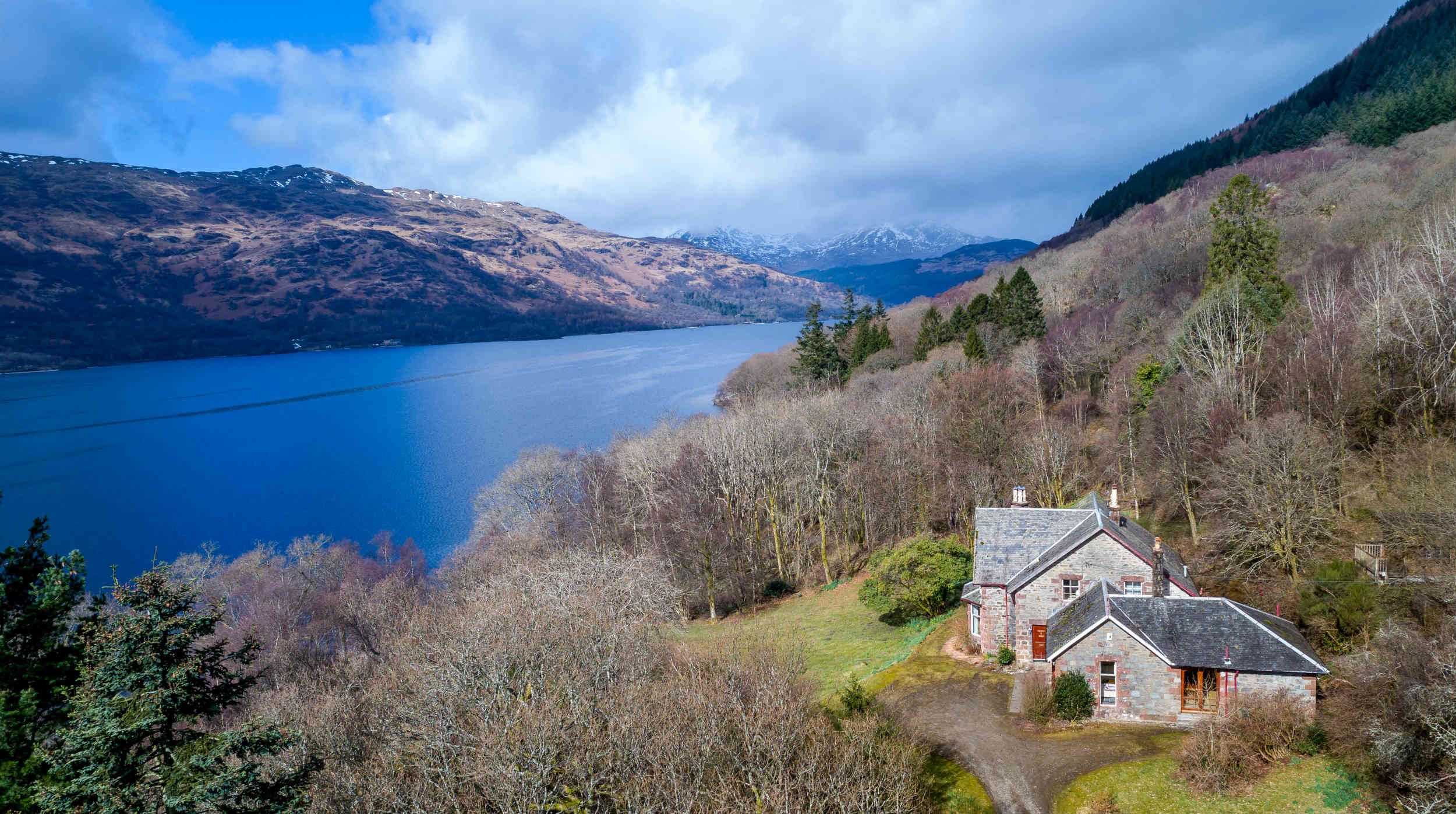 The 700m private beach is then described as the most attractive facet of the property.

Savills add: “Perhaps the most sought after element is the private shingle beach and shore access which extends to approximately 700m.

“There was once a deep water jetty, which could be reinstated subject to obtaining the necessary consents, while the opportunity to launch a small boat from the shore still exists.

The Duke of Montrose is in the Peerage of Scotland and has been in the Graham family since 1707.

Douglas Graham, the fifth Duke, served from 1852-1955 and so would have been the owner of Ptarmigan Lodge.

He served in the South African War as Colonel commanding the third battalion of the Argyll and Sutherland Highlanders.