ROBBIE THOMSON’S first memory in football is enjoying a carefree kickabout at Stark’s Park as a toddler with his legendary father, Scott.

Now 25 years of age, the goalkeeper admits his return to Kirkcaldy feels like destiny.

As Thomson arrived to pen a two-year contract with Rovers yesterday, he walked through corridors adorned with pictures of Raith’s iconic 1994 Coca-Cola Cup triumph over Celtic. 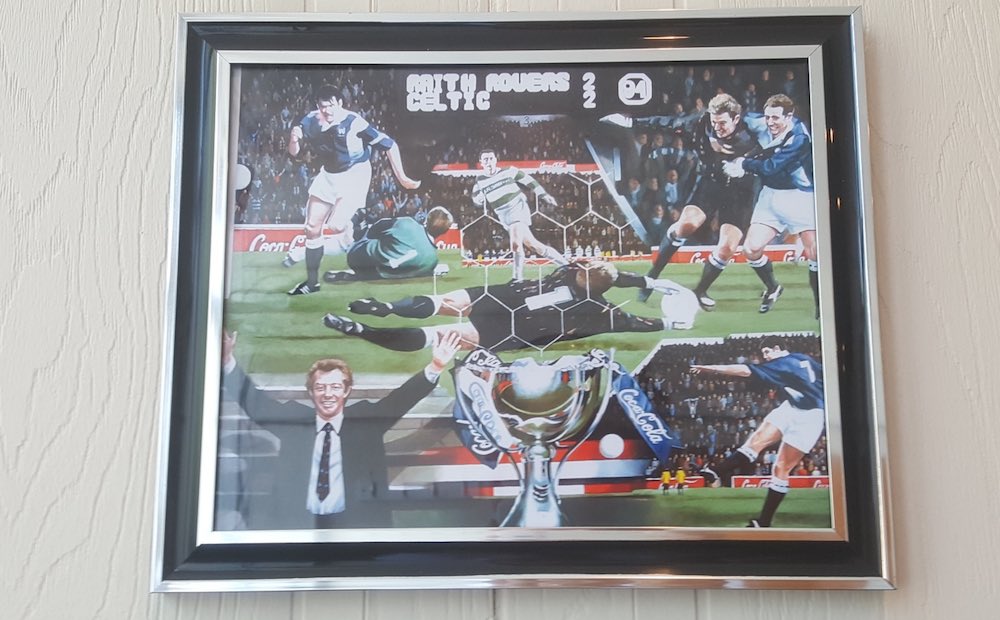 A portrait of his father’s decisive penalty save from Paul McStay hangs in the boardroom. No pressure, then.

Nevertheless, with more than 150 senior games under his belt with the likes of Cowdenbeath, Queen of the South and Falkirk, Robbie is not coyed by the prospect carrying on the family name in Fife.

“It’s actually a really nice feeling to see all the pictures of my dad and have memories of that success,” smiled Thomson Jr. “It means a lot to me because I know what it meant to him to have so much success at Raith.

“Whenever I think back to his time at Raith, it is always a positive thing for me and my family and a big part of our lives.

“I would say my first ever memory was related to Raith Rovers. When I was a youngster I remember watching my dad play at Stark’s and then I would be allowed on the pitch, so it’s always been a place close to my heart.

“Maybe it’s fate that I would end up back here at some point in my career.

“I did speak to him when the interest from Raith came and, as always, he was there for advice. But he never puts any pressure on me and lets me make my own decisions – and Raith ticks all the boxes for me right now.

“However, I don’t want to rest on the success my dad had here. I’m here to perform, make a name in my own right, and enjoy a lot of success here. It’s over to me now!

“Looking back, I have probably played a lot of games for a goalkeeper of my age. But I want some success and trophies on my CV. That is what everyone is hungry to achieve at Raith.”

Meanwhile, Rovers have confirmed the capture of striker Chris Duggan on a one-year deal from local rivals East Fife, while assistant manager Kevin Cuthbert has also penned a contract for next term.