VISITORS to Glasgow during the 2018 European Championships are to pit their skills against Commonwealth champion swimmer Duncan Scott in a new interactive experience – without even getting wet in the pool.

With Duncan set to compete for Britain in the pool against his rivals, budding members of the public are getting the chance to go head to head with him to see if they can match his best pool time.

Challenge Duncan is a unique interactive experience that allows participants to try and swim as fast as Duncan and try to match the speed that propelled the 21-year-old to the British record of 47.9 seconds for the 100m freestyle, the event in which he is the new Commonwealth Champion. 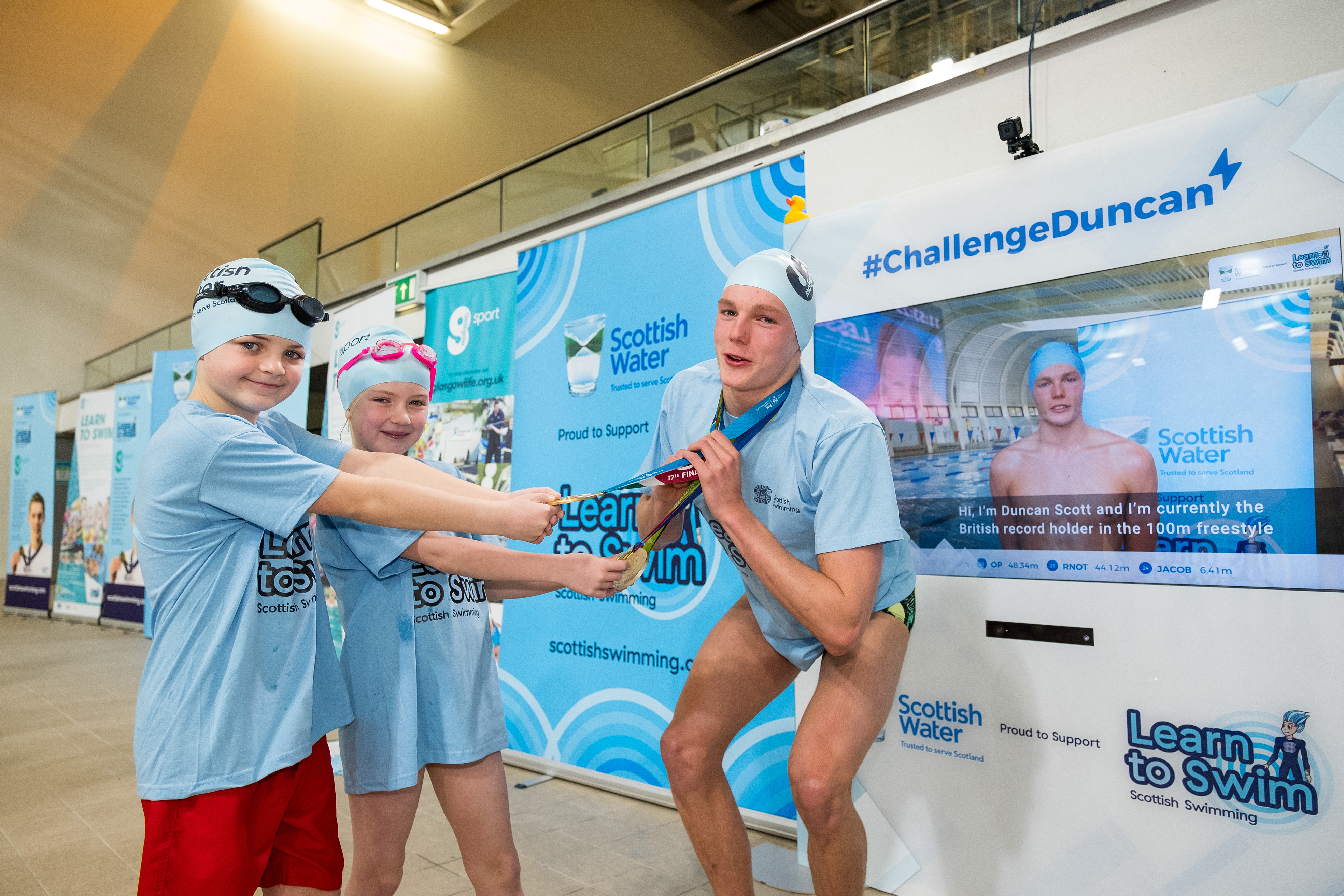 The challenge will be officially unveiled at Scottish Swimming’s tent at the upcoming GO LIVE! at the Green, the cultural programme which runs alongside the Glasgow 2018 European Championships – and will formally launch on 02 August.

The experience was created to mark Scottish Water’s partnership with Scottish Swimming to promote the nationwide Learn to Swim programme, which aims to help 100,000 children to become confident swimmers.

Competitors on Challenge Duncan must mimic swimming strokes with their arms to match the stroke rate of Duncan’s record time as seen on a giant TV screen. Sensors pick up their arm speed and show how many metres they have travelled in the same time as Duncan completed his 100m race.

Participants’ names and times are added to a leader board with the top three fastest finishers updated each day on facebook.com/challengeduncan. 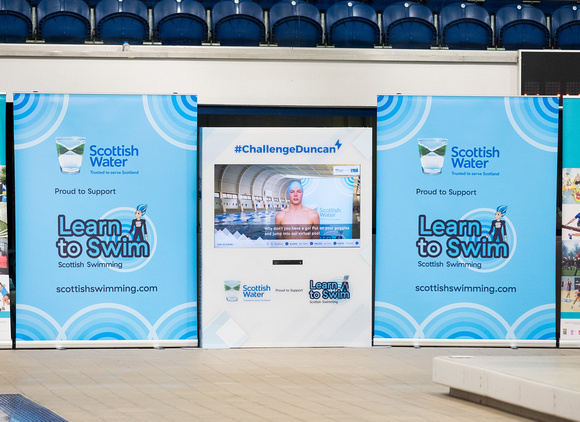 The person with the day’s fastest time will win a t-shirt signed by Duncan.Duncan, who won six medals at the Gold Coast Commonwealth Games in Australia in April, is the ambassador for the Learn to Swim programme.

He said: “It’s hard for people to appreciate the speed of elite swimmers, so Challenge Duncan is a great way to show how fast you have to go to win a Gold medal.

“If anyone thinks they can match me, why not come along and give it a try?

“And I’d especially love for plenty of kids to have a go and see the fun side of swimming – and hopefully get them to encourage their parents to sign them up for the Learn to Swim programme.”

Brian Lironi, Scottish Water’s Director of Corporate Affairs, said: “Duncan became Scotland’s sporting hero of the year at the Gold Coast Games – so this is a rare chance for people to experience what it is like to be a champion swimmer.

“We’re incredibly proud to partner the Learn the Swim programme, working closely with Scottish Swimming and Duncan Scott as our ambassador to encourage children and young people into the country’s swimming pools.

“Learning to swim is such an important safety skill and it’s vital the basics are learned at an early age. Safety both around and in the water is the paramount reason we’re involved in the partnership with Scottish Swimming.

“Duncan’s achievements at the Commonwealth Games makes him such a powerful role model, so hopefully our Challenge Duncan experience will encourage even more youngsters to think of following in his wave and learning to swim.”

“The work of our local partners who are delivering the Learn to Swim Framework is making this a reality for many, and we would like to thank those local partners and Scottish Water for their continued support and commitment to ensuring everyone can swim.

“I would encourage as many people as possible to get along to one of the aquatics events during the European Championships and between sessions pop down to Glasgow Green and Challenge Duncan.”

Glasgow Green will be a city hotspot during the Glasgow 2018 European Championships, bringing together sport, culture and entertainment to provide a daily programme of free to attend activities.

GO LIVE! at the Green will take place from 2-12 August. This innovative live experience will bring together sport, fitness, health, arts, food and drink as never before in an engaging and exciting way to encourage people to lead healthy and active lives.

Glasgow Green will also be a key sport venue during the Championships as it hosts three days of elite cycling events.

Access is free, no tickets are required and the venue will be open daily from 10am until 7pm, except on cycling event dates of 8 and 12 August when the venue opens at 8am.