HEARTS defender Craig Halkett insists he is ready for his baptism of fire on the infamous sands of Gullane Beach.

From jelly legs to bouts of vomiting, his new teammates have taken great delight in outlining what to expect from a tortuous Craig Levein pre-season.

Even for a player steeled at Livingston, a club where shrinking violets or the physically unprepared rarely prosper, Halkett could be forgiven for indulging a moment of trepidation. 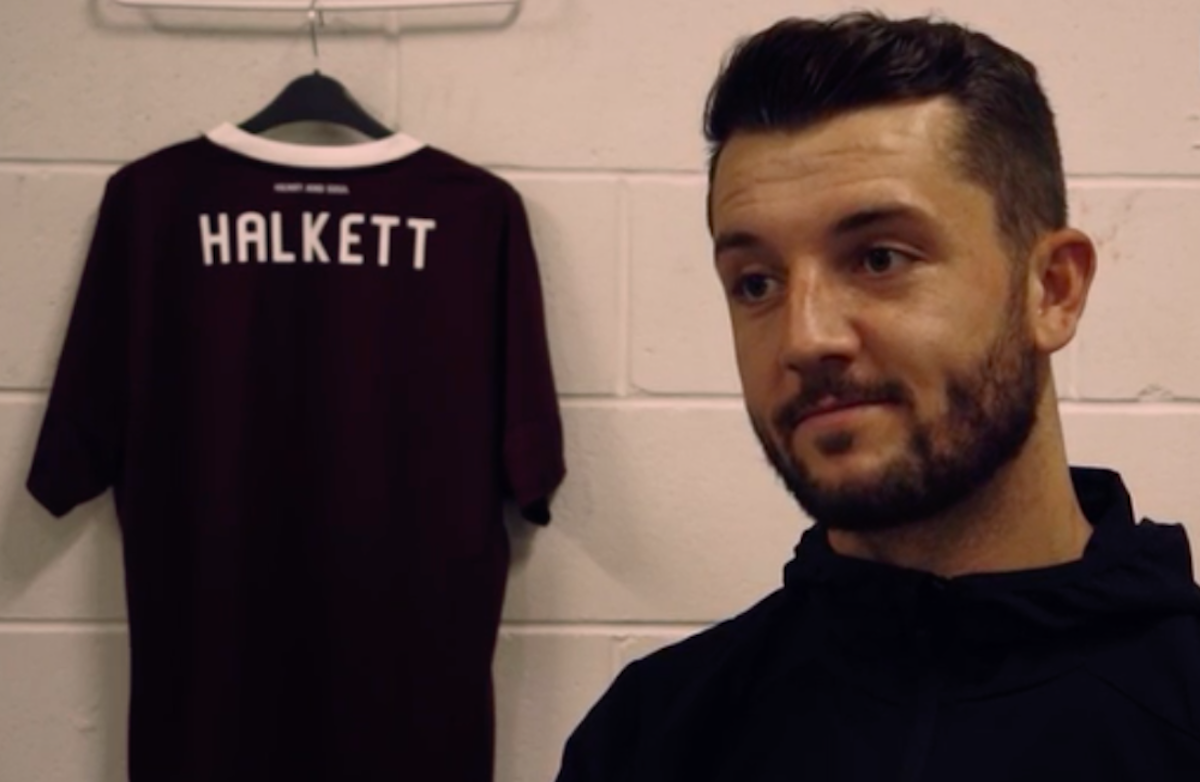 “I’ve been hearing about it [Gullane] every day since I came in, so I don’t know if I’m looking forward to it or not,” he smiles. “The boys have been winding me up about it. They’ve all warned me what a tough day it’s going to be.

“I’ve heard bits and bobs about last year and I’m trying not to think about it. The weather’s supposed to be good as well . . . brilliant!

“The worst stories were about a couple of boys being sick.”

Traversing the dunes of Gullane, East Lothian, has been a part of Hearts folklore since the reign of John Harvey in the 1960s and was subsequently utilised by Sandy Clark, Alex MacDonald and Jim Jefferies.

Levein revived the tradition last season, insisting those shifting sands can still provide a solid foundation for fitness in the modern game.

“I heard all about the Craig Levein pre-season long ago,” continued Halkett. “I’ve had plenty of time to prepare myself for it. It’s never easy at any club but this has been the toughest one so far in my career.

“Craig has a big board with what you’re going to be doing for the day. You come in, you see the training schedule – and you know you’re in for a hard morning.

“I went home after the first couple of days and my girlfriend would see me walking in the door and struggling. They realise it’s not all plain sailing and kicking footballs!

“It’s not like pre-season was easy at Livingston. Last year we went on a 5km run to a park and then we went up and down stairs – and then ran the 5km back again. How many stairs was it? Too many!”

As well as embracing the physical challenge at Tynecastle, Halkett is also getting accustomed to being the new kid in school.

Despite being just 24 years of age, the promising defender swiftly became a part of the furniture at Almondvale, ascending to the role of club captain and leading by example as they soared from League 1 to the Premiership.

“This was kind of role reversal,” he continued. “I was that guy last year when new guys came into Livingston. I was the one trying to show them around and telling them if there was anything, just to come and ask. That may take a bit of time to get used to but I think I will settle in quickly.

“Christophe [Berra] has been good, as have a lot of the older boys like Naisy [Steven Naismith] and Steven MacLean. They have all been brilliant with me, showing me around and telling me if I need anything just to ask.”

Halkett has already experienced the highs and lows of life as a Jambo after attending their Scottish Cup final defeat against Celtic last month, confessing that he believed they were destined to lift the trophy when Ryan Edwards gave Hearts a 1-0 lead. Instead, the Hoops surged back to win 2-1.

“It was a massive occasion,” recalled Halkett. “And it’s something you can look forward to at a club this size. You are aiming to get to cup finals and make it into the Europa League places.

“I did think Hearts were going to win it. It was an edgy game but once Hearts scored they had a real chance of it finishing 1-0 because at that time Celtic hadn’t had many chances. It was a tough way to lose – but reaching those finals is something a club like Hearts can aim to do every season.”

A Rangers academy kid before departing for Livi in January 2016, Halkett admits the size of the club he has joined has only truly started to hit home.

“I was one of those boys who was guilty of underestimating them,” he added. “Growing up in Glasgow, through there it is all about the Old Firm.

“But Rangers and Celtic in Glasgow are just the same as Hearts and Hibs in Edinburgh. It’s that big. So it is brilliant to be a part of it.”