DRAMATIC video shows the moment a young boy on a scooter swerves into the road and is knocked down by a car.

The child was playing with his friends and failed to look before he decided to go on to the road.

Driver Nadine Waring had already reduced her speed, fearing such an accident might happen, and the boy escaped with a grazed arm.

But the mental health nursing student is considering giving up driving after being involved in a spate of accidents that were not her fault in recent months.

The 27-year-old from St Helens, Merseyside, who had her baby in the car, posted the footage to social media to warn youngsters and their parents.

The clip begins with Nadine turning a corner. Children can be seen in the distance, one of whom runs across the road.

As she approaches the boys using their scooters on the pavement, she slows down in anticipation of an emergency.

Without warning, one of the boys swerves over the kerb and into the road. He is hit in the side and pushed on to his bottom in the road.

The boy looks up at the car in disbelief as a youngster on the other side puts a hand to his head in disbelief. The victim quickly picks himself up and walks to the pavement, looking dazed. 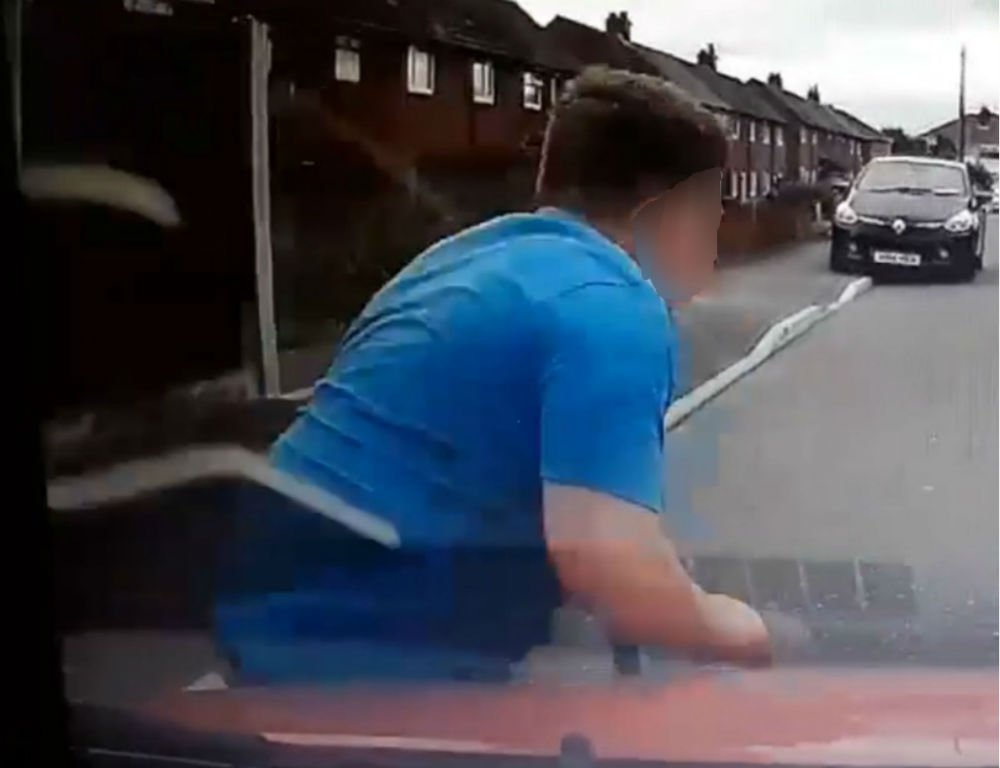 One viewer wrote under the post: “Hopefully, he’s learned a valuable lesson from a sensible driver who was going at an appropriate speed and most likely anticipated the situation. The boy is very lucky it wasn’t a moronic driver like some that race up and down my terraced residential street with cars parked on both sides all the way up.”

Another added: “And this is why you teach your children how to open their eyes. Glad he’s okay but he’s definitely not smart, didn’t even use the cut part of the curb to join the road.”

One user said: “Kids have their minds elsewhere but fortunately you were aware of possible danger and reacted very quickly. Well done you.”

Speaking today, Nadine said: “I was worried that I had hurt him but apart from a graze to his arm he was fine.

“I’m a cautious driver anyway, especially with my baby in the car, but this has made me feel like giving up driving.

“I had just picked my baby up from my parents as I had just been to uni. As I was driving home I saw one child run out without looking, so I was more cautious than usual, thinking the others may do the same.

“I slowed down when approaching them but he darted out without looking. I stayed with him until his mum got there, who had him checked out and is fine.

She added: “This is the fourth incident where I am not at fault in the past 5 months. I’ve got 2 small scratches on the bonnet. I’ve had three people reverse into me. 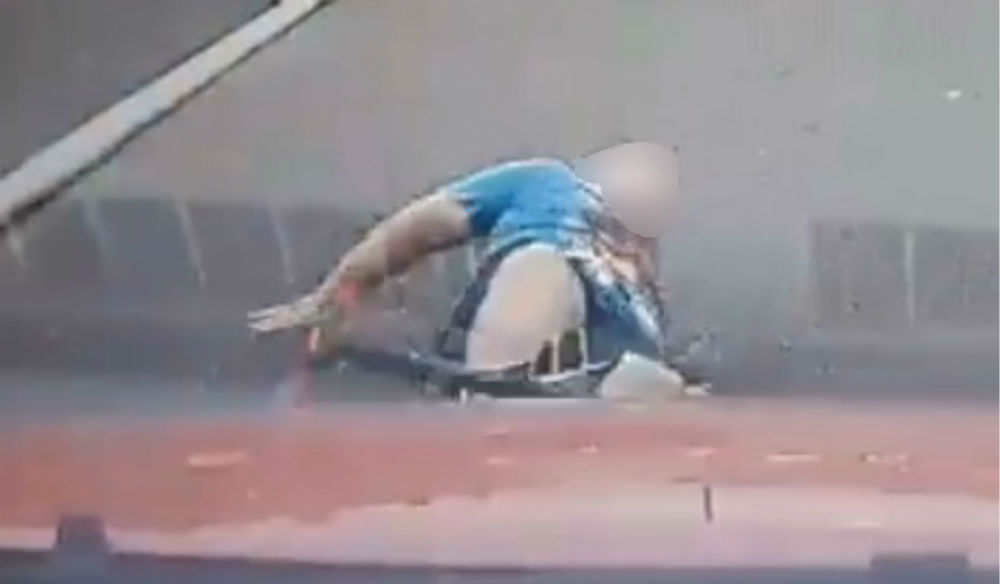 “The first time I didn’t have proof that I had completed my manoeuvre and was not reversing at the time of impact, which prompted me to get the dash cam.”

A spokeswoman for Merseyside police said: “We can confirm a report was received at around 3.20pm on Tuesday, 3 September that a car had been in collision with a child pedestrian on Folds Road.

“The car stopped at the scene and the child was taken for assessment. It is not believed he sustained any serious injuries.