A new exhibition at the National Museum of Scotland explores the role that Scottish universities are playing in the fight to eliminate tropical diseases by tackling the parasites that cause them.

‘Parasites: Battle for Survival’ examines five deadly diseases, which together affect 1 in 18 people around the world and thrive in areas lacking access to clean water, healthcare and adequate sanitation.

Researchers at the Universities of Dundee, Edinburgh and Glasgow are at the forefront of efforts to eliminate Malaria, Guinea worm disease, sleeping sickness, schistosomiasis and leishmaniasis. All but malaria are classified as neglected by the World Health Organization, meaning that historically they have seen a lack of interest and funding from healthcare groups and governments despite their huge impact. 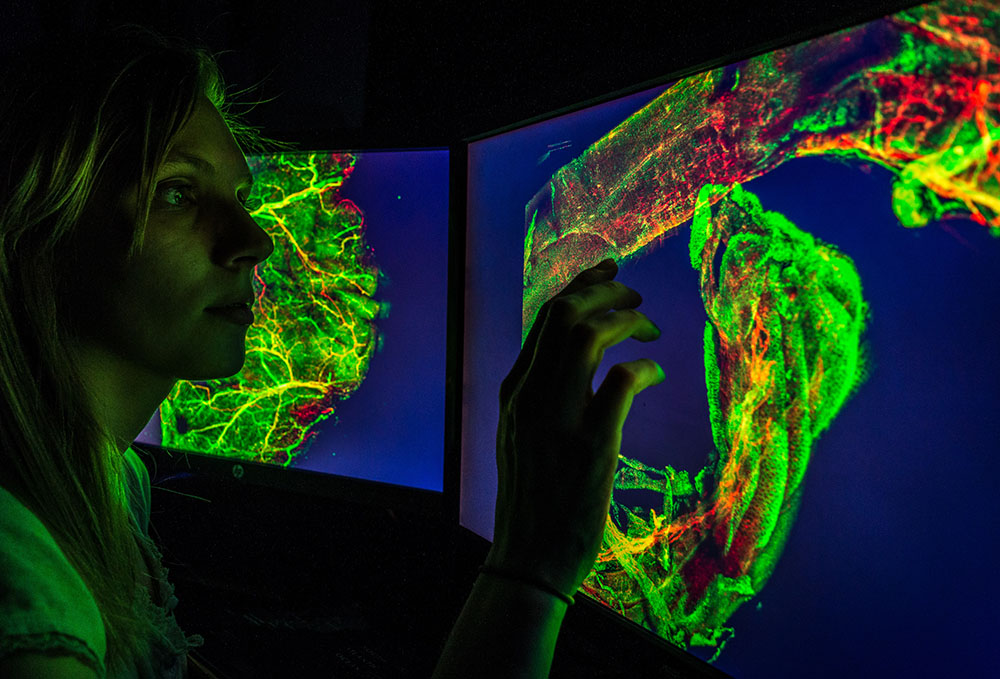 Scottish scientists are collaborating with scientists and communities around the globe to understand, prevent and treat these debilitating diseases. If successful in eliminating one of them, it will be the first time a human disease has been eliminated since smallpox was wiped out in 1979.

Presented in partnership with these three universities, this interactive, family friendly exhibition explores the Scottish involvement in identifying and treating tropical disease and highlights the research currently taking place in Scotland. With a view to engaging young visitors in STEM subjects, the exhibition’s creators have collaborated with secondary school pupils to trial designs, games and text.

The University of Dundee is a leading centre of research into neglected diseases, with work being carried out to better understand and develop new treatments for diseases including African sleeping sickness and visceral leishmaniasis. In addition, researchers from its Drug Discovery Unit were awarded Project of the Year by Medicines for Malaria Venture (MMV) for their discovery work on potential new drugs to treat the disease.

Dr Catharine Goddard, Manager of Dundee’s Wellcome Centre for Anti-Infectives Research, said, “We are thrilled to have this opportunity to show people how Scotland’s scientific research community collaborates”.

Visitors to the exhibition will find out how diseases are transmitted and how parasites can adapt to fight back against modern medicine. They can explore the discovery of these diseases and get a taster of how a laboratory works. They will then have the chance to put their new knowledge to the test by attempting to diagnose and treat a disease.

On display are objects from the lab and the field which are being used to combat these five diseases. These include an ingenious small boat which has been specially designed to catch tsetse flies, which spread Sleeping Sickness in sub-Saharan Africa, and pipe filters which are used for drinking water and are a powerful tool in the fight against Guinea-Worm Disease.

Sophie Goggins, Curator of Biomedical Science at National Museums Scotland said, “The five diseases we are highlighting in Parasites: Battle for Survival impact hundreds of millions of people around the world and yet they’re almost unheard of. Scientists here in Scotland are among those fighting to eliminate them and this fun and engaging exhibition explores the cutting-edge research and important fieldwork taking place right now in the hope that these deadly diseases will soon be consigned to history.”