A cross-cultural group from Clydebank is showing how Scottish communities can strike a blow for the environment and take their own steps to ensure food waste is off the menu.

ISARO Community Initiative has taken recipes from across the globe that are regularly used by its members and included them in The Melting Pot Cookbook. 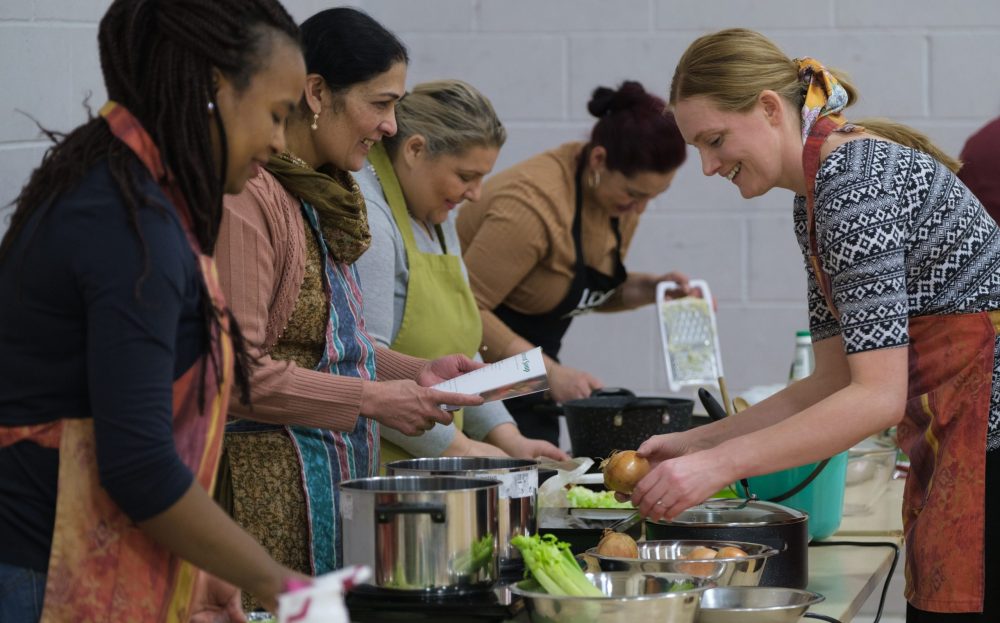 The publication has been designed to provide affordable, straight-forward meals that bring new flavours to the dinner table and include tips for reducing food waste.

ISARO’s Climate Challenge Initiative brings communities together to learn more about climate change issues, how lifestyle contributes to it, the changes that can be adopted to reduce Scotland’s carbon footprint and protect the planet.

It is also supported by Zero Waste Scotland, which is working to reduce food waste across the country and is behind the Love Food Hate Waste campaign.

The Melting Pot Cookbook has recipes covering African, Indian, Roma and Syrian cuisine and includes a section dedicated to leftovers. In addition, it is packed with tips on ways for cooks to reduce their carbon footprint through the shopping choices they make.

In Scotland, households collectively throw out nearly 600,000 tonnes of food each year, at a cost of over £1billion. Most of this wasted food could have been eaten if meals were planned more effectively and managed better.

Preventing avoidable food waste could save the average Scottish household £437 per year. Food waste is a major source of global warming and if this waste was avoided, it would have the same impact as taking one in four cars off the road.

Iain Gulland, chief executive, Zero Waste Scotland, said: “We need everyone to play a role in addressing the climate emergency. By working collectively, communities can make a huge difference through small but effective changes in our daily lives.

“With recipes aimed at reducing food waste, the ISARO Community Initiative is developing an inclusive approach that cuts back on greenhouse gases.”

Carina Macdonald, project officer, ISARO Community Initiative, said: “The Melting Pot Cookbook is one of our most exciting and rewarding projects to date. It allowed us to bring together the communities we work with through their love of food and in doing so, allowed us to reinforce the importance of sustainable living.”

The Fund is managed by environmental charity Keep Scotland Beautiful on behalf of the Scottish Government.

The Melting Pot Cookbook is available from their website https://isaroinitiative.org.uk/project/climate-challenge-initiative/ .