TERRIFYING footage shows the moment a fuel tanker misjudges a corner and sends its load crashing into an oncoming lorry.

The heart-stopping crash took place last Thursday [11 June] on the A44 between Capel Bangor and Goginan in Wales.

It was caught on dashcam by the driver of the lorry, who narrowly avoided plunging over a verge after the crash shunted him into a crash barrier.

As the clip begins, the lorry is seen driving along in damp conditions, approaching a bend.

In the distance, the tanker appears driving towards the lorry at speed.

As the vehicles pass each other and the tanker misjudges the bend and its load swings out.

The fuel tanker is seen crossing the double white lines before slamming into the lorry driver. 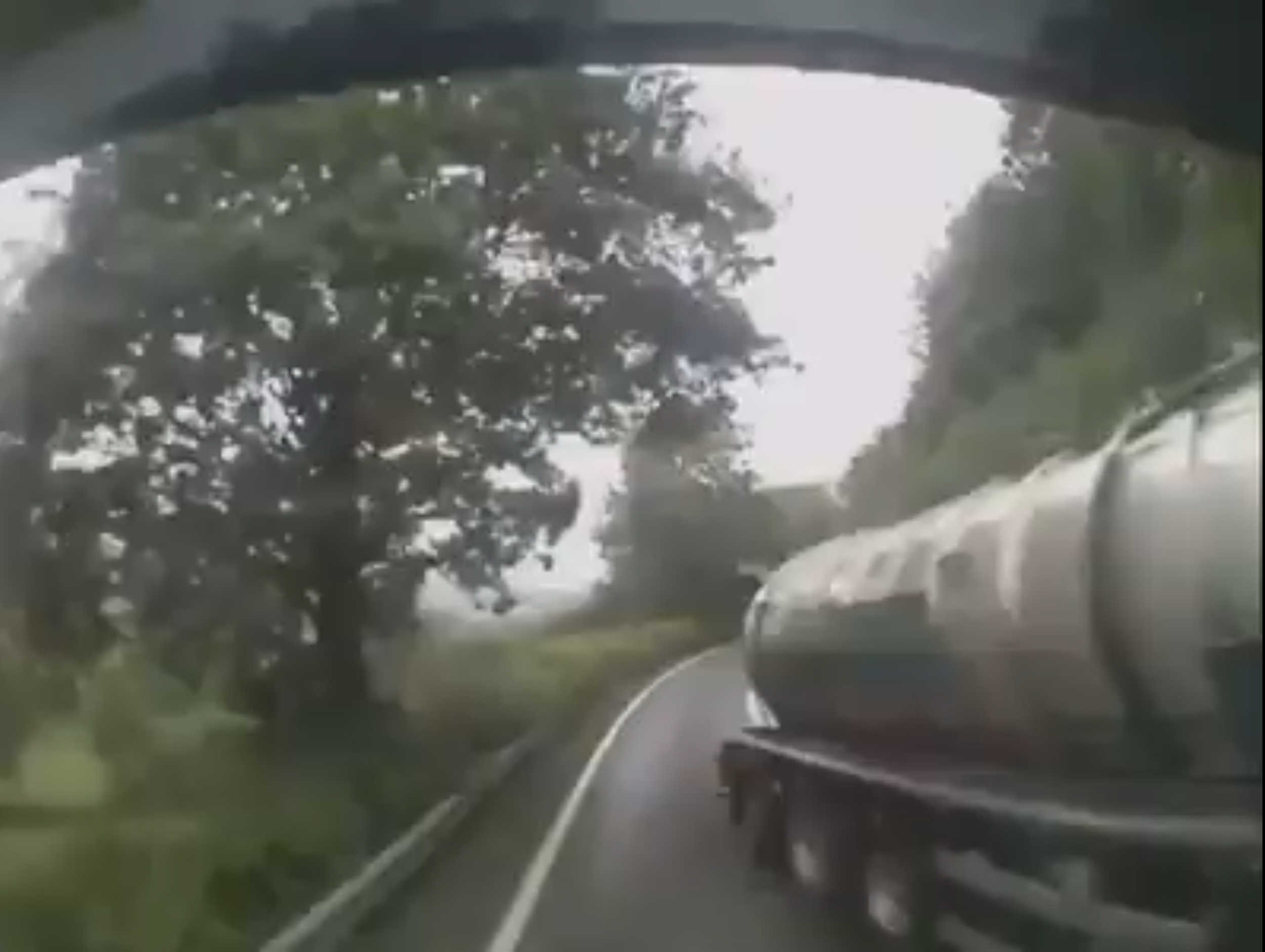 The lorry driver shouts: “Jesus” as the full weight of the load comes crashing into his cab.

There is a loud crashing sound and the windscreen cracks and shatters.

The lorry driver slams on his breaks and is shunted into a crash barrier.

He eventually skids to a halt and shouts: “F***” as hazard sounds blare in the background.

Photos taken after the smash show the crumpled lorry, with its front tyre and windscreen completely destroyed. 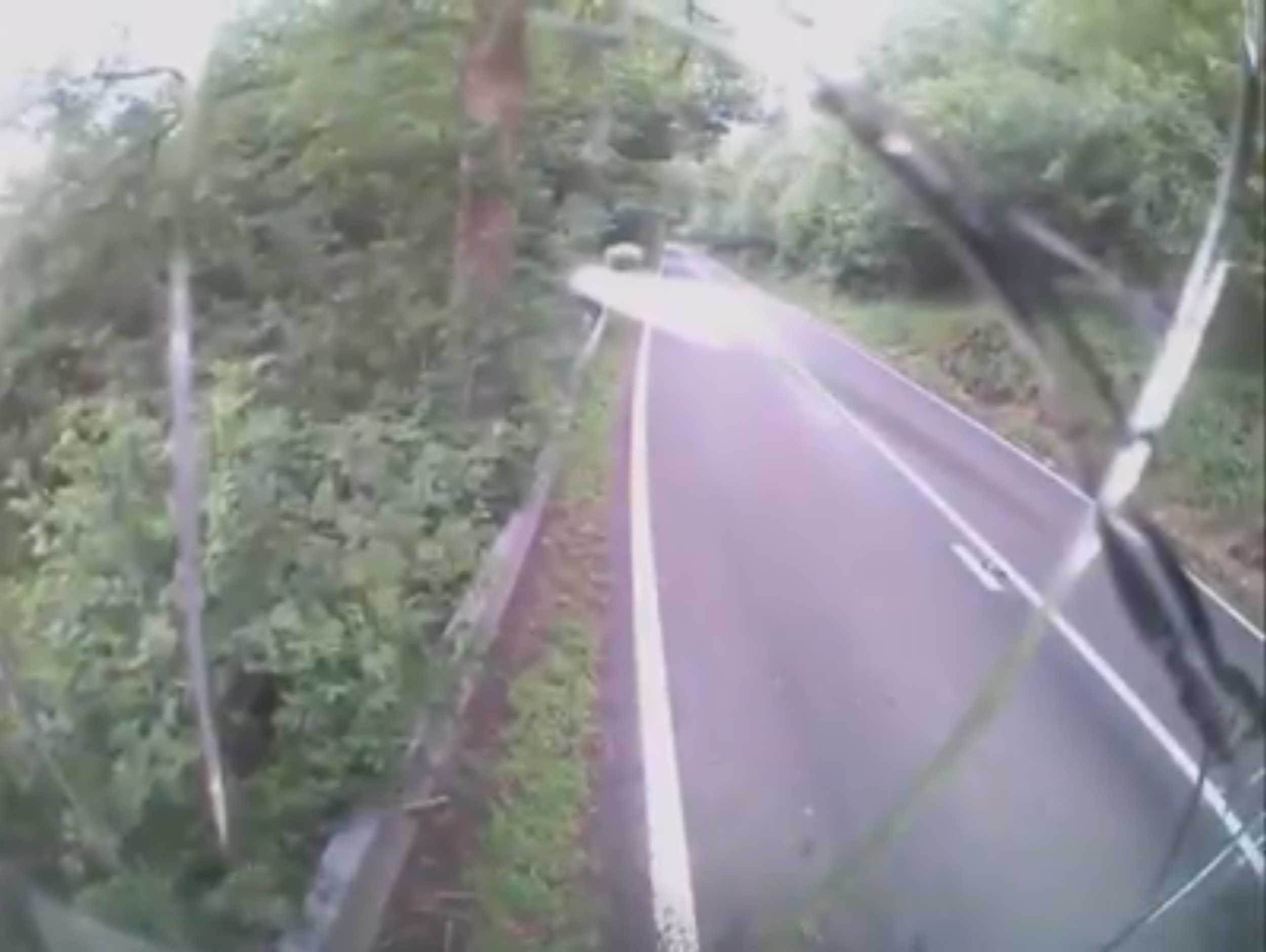 Likewise the tanker appears battered and with flat tyres in another photo.

The dramatic clip was posted to a trucker group on Facebook, where it was shared with the caption: “Now that’s what you call a proper tank slapper!”

In the comments, people who claimed to know the drivers said that miraculously, both walked away unharmed.

However, the video has still shocked many social media users.

Richard Percy wrote: “So close to death that.”

Richard Greenwood added: “If that was a car I dread to think what the outcome would have been.” 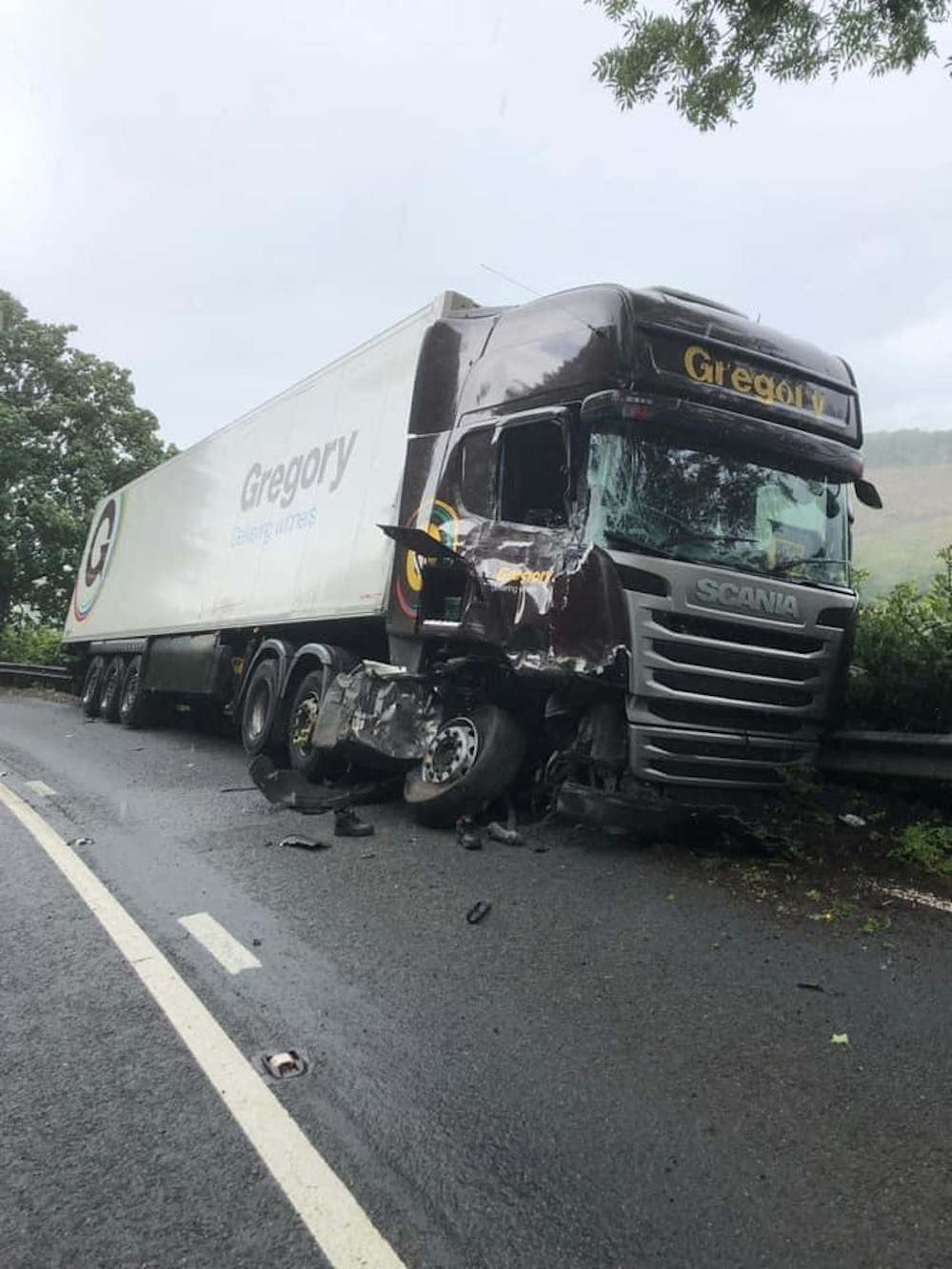 And Jake Broadbent said: “I hope he bought a lottery ticket because luck was certainly on his side.”

A spokeswoman for Dyfed-Powys police said: “Police received a report of a collision between two lorries on the A44 between Capel Bangor and Goginan at around 1.30pm on Thursday, June 11.

“The collision blocked the road, and left one lorry overhanging a drop at the side of the road.

“Road closures were put in place for the vehicles to be recovered. The area was cleared by 8pm.”