THIS is the moment a fly-tipper brazenly dumps an entire truck load of rubbish into the street in broad daylight.

The footage shows the lorry tipping waste onto a residential street said to be in Croydon, London.

As the clip begins, the truck is filmed from a neighbouring window as it deposits its detritus.

The fly-tipper unloads a pick up truck by using the motor function to lift up the trailer.

Scraps of wood, rubble and tarpaulin come tumbling off the back of the lorry.

A voice can be heard saying: “What the actual f***” before another screams “what the hell” as the waste continues to pour out.

The clip was uploaded to Twitter on Sunday morning and has been seen by over 100,000 people.

The footage has left many users divided arguing the filmer should have confronted the fly-tipper instead of recording the event.

@TrickyWinger77 said: “Imagine filming this s*** on your phone rather than going down and preventing it.”

@KarenJukes2 added: “So film for evidence .. But why not shout and let them know they have been watched?

“I’ve just told some youths off for littering. I didn’t get my phone out and filmed them.”

@ShropshireMan wrote: “Why didn’t they go outside and stop them or block them in.”

“I clear fly tipping for a living and some of the people who have commented on your post just don’t realise who these guys are.

“If they are gonna tip in broad daylight knowing that people could be filming them do you really think a brick is gonna stop them ?”

But @idiottwatorc*** said: “To answer most of the questions in the comments: No one wants to get stabbed over fly-tipping.”

It was reported in April, that the coronavirus lockdown saw a 300% surge of fly tipping. 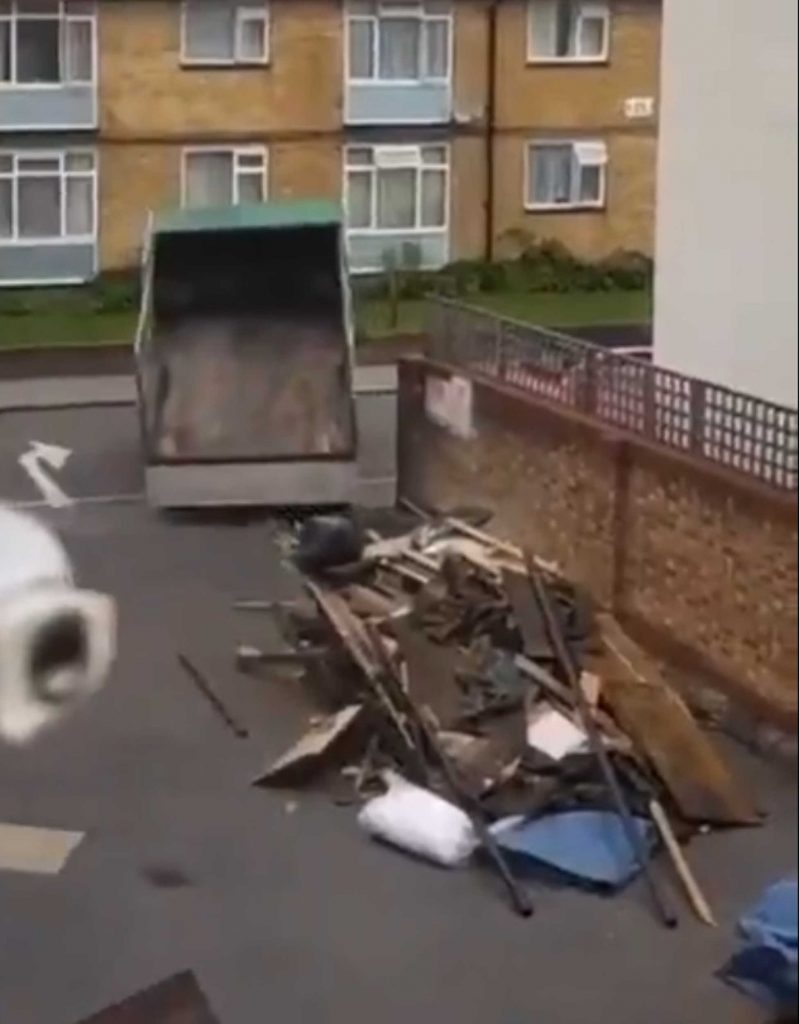 The information is based on millionaire businessman Martin Montague, who claimed his ClearWaste app was bombarded daily with hundreds of pictures from across the UK of illegal fly-tipping.

Croydon Council have confirmed they are looking into the footage.

A Croydon Council spokesman said: “Our officers are investigating and to date have seized 48 vehicles associated with fly-tipping as part of our successful Don’t Mess with Croydon campaign.

“Fly-tipping blights communities and neighbourhoods and we always seek the toughest penalties against offenders. “