ADAM JACKSON has departed Hibernian to join Lincoln City after requesting to return to England.

The League One outfit shelled out an undisclosed fee for the 26-year-old, while Hibs have also negotiated a sell-on fee for the centre-half.

Jackson made 22 appearances for the Hibees after being snapped up by former boss Paul Heckingbottom last summer, ending the curtailed campaign with an impressive streak of three goals in six games.

However, the ex-Barnsley man has played no part since the Premiership restart, falling behind Paul Hanlon, Ryan Porteous, Paul McGinn and Darren McGregor in the fight for a starting berth.

Jackson told Lincoln’s official website: “I’m buzzing to be here, it’s been on the cards for the last couple of weeks and I’m happy for it to finally get over the line.”

Jackson’s departure will bolster boss Jack Ross’ hopes of strengthening his squad during the current transfer window, with his interest in Rangers youngster Ross McCrorie ongoing.

A Hibs spokesperson said: “He [Jackson] expressed a desire to return to England and we were able to accommodate that request. We’d like to thank Adam for his efforts and wish him all the best for his new challenge.”

Fellow outcast Tom James – another Heckingbottom signing – could also be set for a return south of the border in the coming weeks. 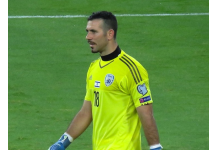 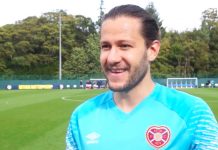