The Aberdeen headquartered company, which reduces the amount of waste going into landfill by collecting and recycling organic material, has acquired 39 new vehicles, worth around £115,000 each.

The new trucks will be rolled out across operations in Manchester, Leeds, Liverpool, Newcastle and Hull, as well as additional collections services in South West England.

Initially set up as a garden composting business, Keenan Recycling launched its commercial food waste collection services in Scotland in 2009 before moving south of the border and expanding across England since 2018.

Focused on reducing the amount of waste going to landfill, Keenan is passionate about delivering a cost-effective service that encourages customers to reduce the impact on the environment.

This is because a fifth of UK greenhouse gas emissions are associated with food waste, making it a greater cause of global warming than plastic waste. By responsibly managing food waste, Keenan can cut back on the harmful emissions caused by rotting food.

The Macpac food waste collection vehicles will play a key role in the expansion of the company throughout England, where Keenan is forecasting to double its workforce in the next five years.

The new fleet of trucks boast a bespoke configuration including, individual bin weighing, slave bin for caddy and bag uplifts and RFID technology that allows customers to track when their bin has been uplifted.

With a top of the range, expanded fleet, Keenan believes it can accelerate its growth ambitions across the UK.

Collections director, Claire Keenan, explains: “Scotland has already introduced legislation requiring all businesses that produce over 5kg of food waste per week to recycle it but this is still to come in England.

“However, with an increasing focus on green sustainability, forward-thinking businesses in England are already making better choices with their food waste management.

Our new fleet of collection trucks puts us in an ideal position to expand our services and capitalise on the opportunities when new legislation comes into force in the next few years.”

The ambitious green company already partners with recycling and resource management company, SUEZ, servicing a range of SUEZ’s customers including cafes, restaurants and hotels who are recycling their food waste.

In addition to collecting waste, the new range of trucks also promote the highest standard of road safety.

Ms Keenan added: “Health and safety and customer service are a priority for us at Keenan Recycling and this investment in new equipment and technology will raise the bar in standards for waste collections. 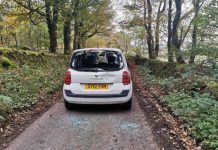 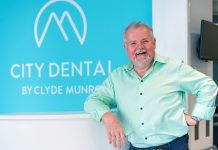 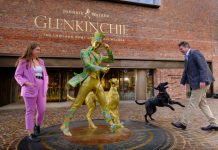