SHOCKING video shows a group of men brawling in front of traffic at a crossing on a central London street.

The altercation, which took place near Piccadilly Circus, saw the men grapple with each other in the middle of the road.

Footage of the incident appeared on social media yesterday  shortly after the fight is thought to have taken place.

As the video begins, two men are seen wrestling with each other in the road while a car sits behind them.

A crowd has gathered who film their fight spills into the road.

A third man then joins the tussle but appears to try and calm the situation at first.

However, he then draws back his arm and lands a punch on one of the men, who falls to the ground.

At this point a fourth man enters the fray and proceeds to attack the man who landed the pinch.

The man flails around on the floor before struggling to his feet, as pedestrians walk past the carnage.

A car continues to wait at the red light while the men continue to batter each other.

Another man swings and connects with one of the assailant’s face sending him clattering to the ground, where he falls into the other fighter who is still struggling to his feet.

Shouts can be heard throughout the duration of the fight while the onlookers let out shocked gasps.

Finally, two members of the public intervene, and the fight appears to be dispersed.

The video was posted to Twitter yesterday evening where it has shocked social media users.

@DaveDsi879 wrote: “This is meant to be one of the most famous streets in the world and this is happening in broad daylight! Disgrace @SadiqKhan.”

And @Juliediane wrote: “ At least no knives involved.”

A spokesman for The Metropolitan Police said: “Police were called at approximately 14:50hrs on Monday, 26 October to reports of a fight in Piccadilly Circus, W1.

“Officers attended but all those involved had left the scene prior to police arrival.

“No reports of any serious injuries. No arrests.

“Anyone with information that could assist police is asked to call 101 or tweet @MetCC and quote CAD4152/26Oct. Alternatively, contact the independent charity Crimestoppers on 0800 555 111.” 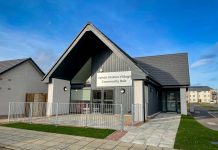 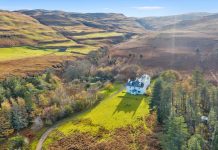