A mother whose son has a ‘syndrome without a name’ has spoken about the life-changing impact that their Dogs for Good assistance dog has made.

Eleven-year-old Charlie, from Didcot in Oxfordshire, is one of around 6,000 children in the UK who are born every year with a ‘syndrome without a name’.

Without a medical diagnosis it can be difficult for these families to access basic information and support.

Mum Leanne O’Donnell, explains: “There were apparent problems as soon as Charlie was born, he arrived four weeks early and he was put in an incubator for three weeks.

“Then he started having seizures and the whole thing snowballed. The question I had to find the courage to ask was ‘is my son going to die’ and one day, I blurted it out. They said ‘no we don’t think so’ and I thought, ‘well, we can deal with the rest as it comes along.’ ”

Despite this he couldn’t get a flu jab for many years because technically there was nothing wrong with him.

Leanne O’Donnell and her partner Jonathan Dearden, who also have a 16-year-old daughter Katie, also struggled to get support for Charlie’s incontinence and to obtain a wheelchair for him. They even find it difficult to see their GP because Charlie gets redirected to the hospital or A&E due to his complex medical needs. They have also struggled to access After School Activities for Charlie because of his disabilities.

45-year-old Mum Leanne said: “Charlie’s been on two genetic research studies from the age of four to ten and they found nothing.

“They run his bloods through machines continuously in the hope that a new condition will be flagged up but we always end up with more questions than answers.

“It’s much harder to get the services we need because there isn’t a box they can tick for what’s wrong with him. No one even told us that we were entitled to disability living allowance.”

When Leanne applied for an assistance dog  last year she didn’t hold out much hope after so many previous disappointments, but the charity didn’t disappoint because they focused on what Charlie needed rather than a medical diagnosis.

Leanne said: “When I got a call from Dogs for Good to say my application had been successful I can’t tell you what that meant to me. I was waiting to be told that Charlie didn’t have this or that or that he wasn’t disabled enough… things I’ve been told so many times in the past.”

A few months later and after a very successful home visit a Dogs for Good Instructor called Leanne to say that she thought they’d found exactly the right dog for Charlie, a two year old golden retriever – Ronnie.

Ronnie’s specialist training means that he can carry out helpful practical tasks for Charlie such as helping him off with clothing, retrieving dropped items, delivering calming head rests and choosing bedtime stories. He also helps to keep Charlie calm and focused when he’s out and about.

Leanne said: “Ronnie has given us the freedom to go out and do things because Charlie doesn’t run off anymore. He’s got Ronnie beside him and he’s utterly focused on him and making sure he’s OK.

“During lockdown Charlie was shielding and could only go into the garden for about five months. Having Ronnie to play with is great for him, simply throwing a ball for Ronnie is therapy for Charlie and building up his motor skills, but to him he’s just playing with his puppy.

“It’s also been lovely to watch their relationship get closer as they’ve spent more time together. They’re almost inseparable now, Ronnie goes to sit down next to Charlie wherever he is! Ronnie is all kinds of amazing.” 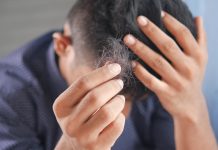 How to prevent hair loss?