A GRIEVING husband of an ex-mayoress who was mowed down whilst walking across a pelican crossing is campaigning for tougher dangerous driving sentences.

Stephen Wharton from Bolton, Greater Manchester wants the sentence for Death by Dangerous Driving to be increased from the maximum of 14 years to a life sentence.

Stephen’s wife, Gay Wharton was mowed down by a driver who was racing with another driver at a pelican crossing in November last year.

The uninsured driver, Assad Hussain sped off from the scene and left Gay lying at the side of the road.

He pleaded guilty to Death by Dangerous Driving at Bolton Crown Court in December last year.

The person who he was racing against, Wasim Iqbal, pleaded not guilty but was also charged with Death by Dangerous driving.

The pair are due to be sentenced in June this year.

On Tuesday widow Stephen launched a Change.org petition calling for a change to dangerous driving laws ahead of the sentencing.

He wrote: “The driver who killed her as he raced between stopped traffic mowing her down in the middle of the road.

“The driver who wasn’t insured and with previous driving convictions left the scene of devastation.

“The utter devastation this has inflicted on myself and the family is incalculable.

“Forever etched in my memory the moment a knock on the door from the Police relayed the devastating news.

“My Christmas consisted of sorting out the funeral, bank accounts, Crown court appearance and certification of death.

“Trying to explain to the grandchildren why grandma wouldn’t be here for Christmas or ever again.

“The driver who killed my wife had a pending insurance claim against him for breaking a man’s leg.

“The second driver who had only recently been released from prison for traffic violations did stop at the scene only to ring a mate to get him away.”

The petition currently sits at 654 signatures and has attracted dozens of comments from supporters.

Nigel Greensitt said: “The current sentence is too light. Someone driving in this manner does so in the full knowledge of what they are doing.”

Sharon Pendlebury wrote: “Gay was a wonderful and kind woman who didn’t deserve this. Nobody does.”

Tracey Brooks commented: “Gay gave so much for the community and was taken away by a reckless human being, who did not care about anyone but them selves.

“We need stronger sentences to deter more people from this idiotic behaviour.”

The maximum penalty for Death by Dangerous Driving currently stands at 14 years imprisonment and a mandatory disqualification from driving any motor vehicle for a minimum of two years.

Life sentences are usually given to offenders who commit the most heinous crimes, including murder, rape and armed robbery.

Judges decide the minimum number of years a prisoner will serve of their life term on a case-by-case basis.

However, in most cases a minimum of 15 years without chance of parole are given for life sentences. 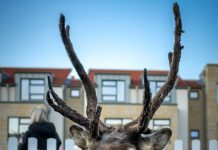