A GLASGOW based shipbuilding firm have announced the first of its kind launch on the Clyde for its new vessel it has created for the Scottish fish farming sector.

Hull 805, which was officially named Kallista Helen, is being built by Ferguson for Inverlussa Marine Services, a Mull-based workboat operator which serves Scotland’s growing aquaculture sector

The launch marks a first for Clyde shipbuilding by using large inflatable marine airbags and a rolling motion to move the vessel into water.

The multi-role treatment vessel features an innovative design and is said to be the first vessel of its type to be designed and built in Scotland around a thermolicer system.

It has two decks, offering greater flexibility and efficiency to perform water-based delousing treatments, as well as farm support roles.

Accommodation includes six two-berth cabins, and the cargo deck has capacity for up to 200 tons.  The vessel is due to be completed and delivered to Inverlussa in April.

Tim Hair, Turnaround Director at Ferguson Marine (Port Glasgow), said: “Kallista Helen is the second of two workboats we have built for Inverlussa, with the first one delivered last year.

“There’s a final programme of commissioning to be completed on the vessel post-launch and it will be ready to handover next month.

“On the back of a very challenging 12 months, this is a hugely positive event and is a clear sign of progress at the shipyard.

“Our contract with Inverlussa is also a great example of Scotland’s robust maritime sector, with the vessel designed, built and operating in Scotland.”

The vessel will operate on the west coast of Scotland and around the Northern Isles on a long-term charter to Scottish Sea Farms, one of Scotland’s leading producers of salmon.

Kallista Helen is the third vessel launched by Ferguson since it was taken into public ownership in December 2019.

Hull 804, which is the first of two ordered by Inverlussa and named Helen Rice, was launched in spring 2020, and an air cushion barge (ACB) for use in the oil industry was launched in June 2020.

Jim Gallagher, Managing Director at Scottish Sea Farms, said: “Not only is the Kallista Helen another big step forwards in our drive to ensure the best growing conditions for our fish and maintain a steady supply of farmed salmon to market, but it’s also a great example of Scottish business supporting Scottish business.

“Events outside everyone’s control have caused delays but we’ve stuck together throughout, stayed focused on the end goal and now we’re back on course.” 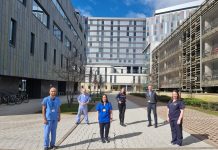 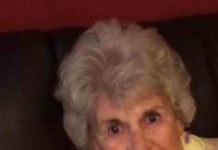