SCOTS boxer Josh Taylor is currently living it up in Las Vegas ahead of his huge championship title fight.

Prestonpans-born Josh has been posting images and videos of himself living his best life inside a seven bedroom home just minutes away from the famous Vegas Strip.

The 30-year-old was also captured singing Elvis track Viva Las Vegas as he drove around in a £45,000 Dodge muscle car.

Josh is currently living out in Sin City ahead of his upcoming fight next month against Jose Ramirez with the winner becoming the undisputed light welterweight champion.

Since touching down in the US city over the weekend, Josh has been posting videos and pictures documenting his life of luxury during the final weeks of fight preparations.

In one video shared onto his Instagram, Josh can be seen revving up the engine of a £45,000 Dodge Hellcat SRT muscle car which is capable of speeds of up to 200mph.

Fellow boxer Chris Kongo captured Josh again with the maroon muscle car, Chris says in the video: “Love a bit of that son, the champ of the world going on joyrides.”

Josh opens the driver side door and exclaims: “That is a belter, that is a machine.”

Lee points the camera at a visibly excited Taylor who sings along to Elvis Presley’s Viva Las Vegas.

Josh and his team are currently residing in a seven bedroom villa which is just a ten minute drive from the famous strip.

The Airbnb rental costs a whopping £11,100 per-month, however the owner adds a 48% discount for longer stays bringing it down to £6,780 for month including fees.

Despite living an opulent lifestyle in the desert city, Taylor and his team have been hard at work as the Scot prepares to go to battle to be crowned the undisputed champion.

Videos of himself and members of his team have been posted by Josh showing them running in the blistering heat at seven thirty in the morning.

In his video, Josh said: “Morning run with the team, here in Las Vegas. Let’s go get it, team Taylor.

Since Josh posted a selfie of him and his team prior to their early morning run, Instagram users have been commenting on his picture.

“It’s nice going that way be b****** when ye get back home, the extra belts coming way ye will soften the blow.”

Josh is currently ranked as the world’s best active light-welterweight by Boxrec, with 13 of his 17 matches coming by way of stoppage.

He is currently the unified light welterweight champion, having held the WBA, IBF and Ring Magazine titles since 2019. 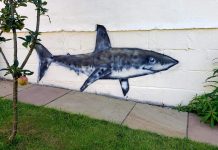