SCOTLAND has recorded its first spell of midges this year with reports that the blood sucking beasts are set to “emerge in their masses”.

The Scottish Midge Forecast launched their 2021 season forecast last night after recording official sightings of the pesky insects across the country.

This year’s forecast shows that some midges have been spotted around Glencoe in the Scottish Highlands.

Towns including Aberfeldy and Fort William are set to be next in line for visits from the critters as they’ve gone from a rating of “no flies on me” to just “mostly” midge free.

Researchers say that Scotland is expected to see the biggest jump in numbers in around 3-4 weeks.

The recent high winds have apparently “encouraged” adult survival but, as soon as the warmer weather hits, the country is set for a “mega hatch”.

The news will not go down well with millions of Scots who are likely to be taking staycations this year due to the current coronavirus restrictions on foreign holidays.

Jay Hutchison, researcher for the forecast group, said yesterday: “It’s official, the midges are back.

“With that news, we have now launched the Midge Forecast for the 2021 season.

“We are starting to hear reports of midges coming out in decent numbers around the country.

“We would normally expect the first big bump in numbers around 3-4 weeks from now, around the beginning to middle of June.

“The weather has been quite wet and windy over the past few weeks, which will encourage adult survival and keep them mostly at bay for just a little longer.

“If the weather takes a turn and summer finally arrives, then the midges will emerge in their masses!”

Last month, Dr Alison Blackwell, a midge specialist, said: “Midges like wet and warm weather and that is what is predicted when they emerge in a couple of weeks.

“Already there have been reports of a few early ones about. But we could well have a mega hatch because the conditions appear right — and just as tourists head outdoors again. It may mean a summer of midge hell for people.”

Blackwell continued: “The winter snow would have been like a big blanket for them, covering the ground where the larvae were buried.

“It is looking good for them, but not for people. Some birds feed on the midges at dawn and dusk but bats especially do. So the more midges the better for wildlife — but not for humans.

Last year, a veteran hiker shared skin-crawling footage showing the “worst swarm of midges he has seen in 20 years”.

Dr Alan Mackie, from Edinburgh, was camping at Gleann an t-Slugain, Aberdeenshire, when he was set upon by the mass of midges.

Midge season in Scotland typically lasts from the end of May to September.

It has previously been estimated that the biting bugs cost the Scottish tourism industry around £268 million per year in lost visits. 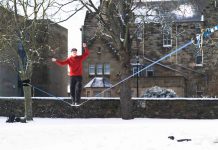 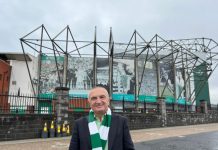