A BUDDING entrepreneur didn’t let his 6ft 7in frame get in the way of joining the pandemic bike craze.

Glen Craig decided to investigate 3D-printing a bike suitable for his lofty stature – and now he has a fledgling business.

The 22-year-old has also been named as a finalist in Scotland’s largest company creation programme for the higher education sector for his business idea, Nozzle Cycles.

Throughout the various lockdowns across the UK, bicycle retailers saw a surge in sales as people took up new forms of exercise and transportation.

But for people who find the standard sizes that mass manufacturers cater for uncomfortable, finding a fitting bike is a struggle. 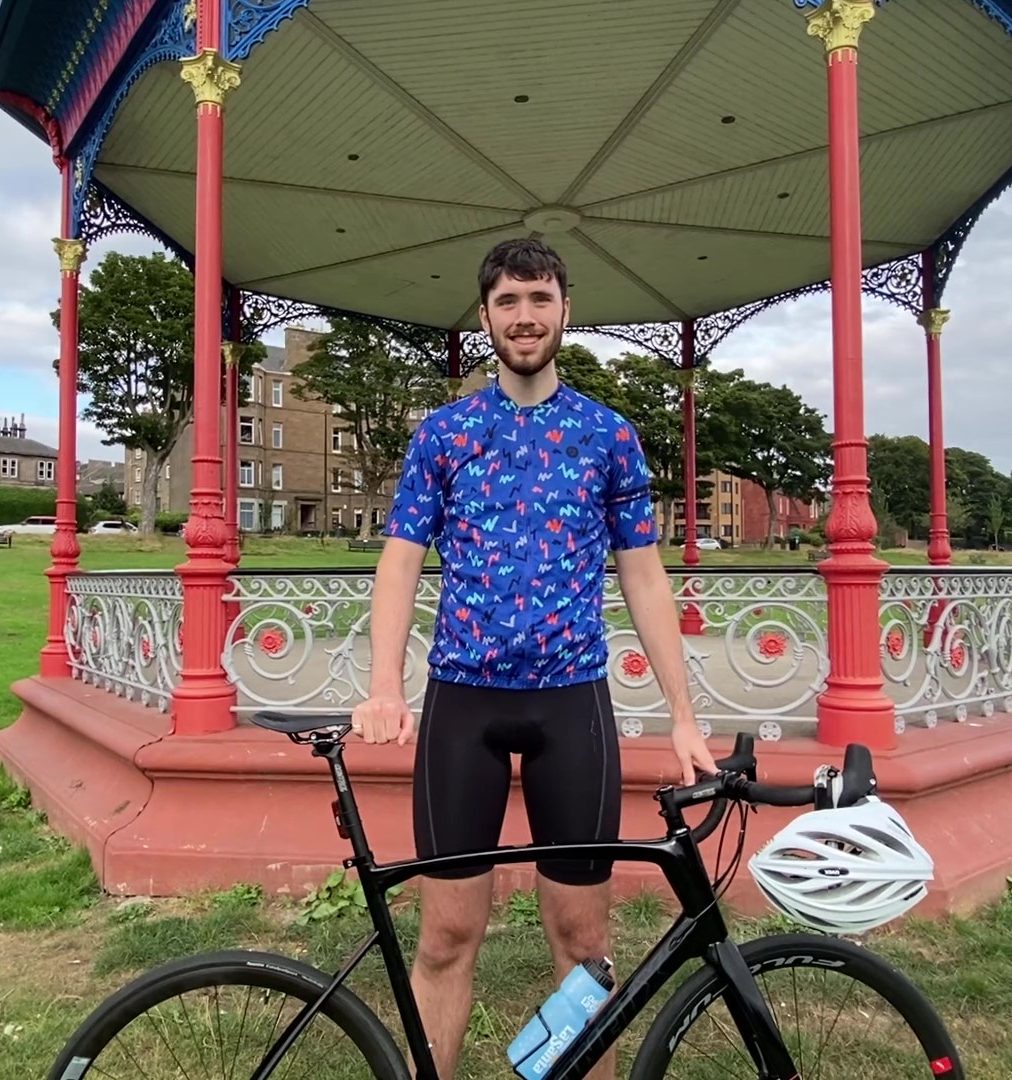 Glen is looking to fill this gap in the market by using 3D printing to produce affordable made-to-measure bike frames.

He has been named as a Converge 2021 finalist in the KickStart category, designed for entrepreneurs on the first steps of the commercialisation journey.

He said: “I really struggled to find a bike last summer.

“One, because of the shortage in stock and two, they don’t really have bike frames big enough for people of my height.

“My only options were custom-made, hand-built bikes, which can be really expensive. That’s when I put two and two together and realised there was a gap in the market.”

Glen, who studied Product Design at Duncan of Jordanstone College of Art & Design, began putting plans together in the final year of his course. His dissertation was the first version of his business plan for Nozzle Cycles.

“It was initially focused on taller people, like myself, but I soon realised that it’s not just tall people who have difficulties finding the right bike size,” he continued. “People of all shapes and sizes, and people who are disproportionate, who might have longer legs or shorter arms for example, also struggle.

“Nozzle aims to provide the perfect fit and customisations for all riders, creating comfortable and safe rides. By providing a tailored fit, chances of injuries or strain will be reduced and it will create a better riding experience.

“There’s already a market for custom made bike frames, but as I’ve said, the majority are hand-built and extremely expensive. Prices can go upwards of £10,000 and waiting times are long. By using 3D printing we can cut the cost, speed up the process and minimise any waste being produced.

“I’m hoping one frame would be made within a few days of starting the printing process, then after this, post processing, including painting and assembly of components, would only take another 2-4 days.

“It’s an amazing group of technologies that are constantly developing and becoming more cost effective, meaning a promising future for Nozzle.”

Glen has already secured a small amount of funding for Nozzle, as he won the University’s Venture competition, a process designed to prepare individuals for Converge.

Judging for Converge 2021 is currently underway, with winners announced on Thursday 30 September at the online Converge Awards Final. Top prize for the KickStart Challenge category is £10,000, with a runner-up prize of £5,000.