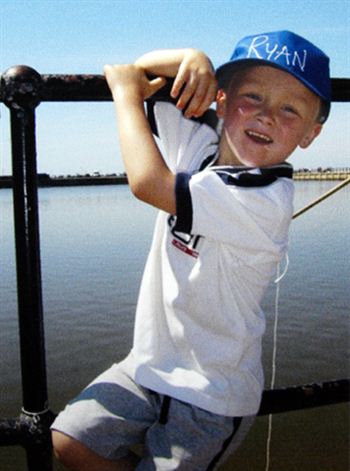 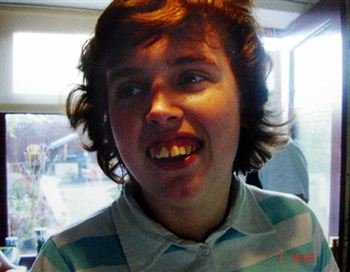 A HORRIFIED mother found her seven-year-old son and handicapped daughter brutally murdered at their father’s home.


Police received a frantic call for help from June Thomson after she discovered the bodies when she visited her estranged husband on Saturday evening.


But when police and paramedics arrived at the scene just after 7pm, Michelle Thomson, 25, and little brother Ryan Thomson, 7, were already dead.


Another sibling, 20-year-old Ross, was also in the home but police day he was uninjured.


Also in the house was the children’s father, 49-year-old Robert Thomson who was severely injured and was taken to Queen Margaret Hospital to be treated.


He is being kept in the high dependency unit with a police guard and cops have confirmed that he will face questioning when doctors say he is fit to do so.


Police will not release details on the causes of death of the children, but described the scene officers were met with as “a harrowing one”.


Yesterday, the main road out ofBuckhaven was closed off and guarded by police as forensics examined the scene.


The house – Muiredge Cottage on Methilhaven Road – had its windows covered and police tents erected around the back and side.


Examinations of the crime scene are expected to last until tomorrow.


Last night, shocked neighbours said the murder had followed marriage problems between Robert and his wife June, who is aged around 50.


A family friend laying flowers at the scene said the couple had split up very recently and Robert was left with the children.


The woman, who did not want to be named, said: “A couple of weeks back June left him and went down south to look for a new home. But she had come back to try and patch things up. It obviously didn’t go very well.”


She added: “My daughter cared for their daughter Michelle and was engaged to their eldest son Shaun so we knew the family quite well. I don’t know what would bring someone to do something like this, it’s just horrible to think.”


Chris Arnott, 38, who also lives on Methilhaven Road said: “It isn’t nice to think this could happen on your street right under your nose. I have spoken to the guy Bob in the pub a couple of times, he seemed normal.


“But they have only lived there for a little while and they have been trying to sell that house practically since then – there was a terrible accident outside it a few years back.”


Other neighbours told how the family had “kept themselves to themselves” since moving from Kirkcaldy.


And one frightened pensioner who lives just doors from the scene of the incident complained: “We’re getting more and more like America every day. It’s scary.”


The couple’s eldest son Shaun, 24, lives in Essex and is currently making his way back to Fife after being informed of the tragedy.


Floral tributes have been left outside the detached home, which sits opposite the Buck and Hind pub.


Nobody has been charged in connection with the deaths yet.


But police yesterday (SUN) confirmed that they had launched a murder investigation following the discovery of the two bodies at a home in Buckhaven on Saturday evening.


Detective Superintendent Alastair McKeen said: “This is a murder investigation but it is at a very early stage and we are keeping an open mind.


“Mr Thomson is likely to have valuable information about the events which took place in the Muiredge Cottage yesterday and we will be keen to speak to him when the medical staff say he is fit to do so.”


And after appealing for information from the public, he said: “This is the type of event that you really hope you never have to see. The scene that confronted the officers was a harrowing one.”


Levenmouth’s Chief Inspector Andy Morris added: “This is a terrible tragedy which has shocked the entire community.”


Buckhaven was closed off and guarded by police as forensics examined the scene.