Tam drummed out of court 221 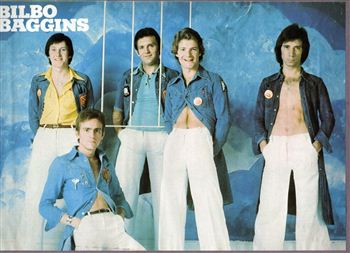 SUSPECTED drugs dealer Tam Paton almost went face-to-face in court with a sheriff who used to play drums in a band he managed.

The 70-year-old former Bay City Rollers manager was arrested on Friday night and, after a weekend in the cells, appeared at Edinburgh Sheriff Court on Monday over 12 drug charges.

He was set to appear in a custody court presided over by Sheriff Gordon Liddle – once a drummer in Paton-run group ‘Bilbo Baggins’.

But when quick thinking court staff made the connection, Paton was quickly penned in to appear before a different sheriff, Graeme Warner.

Paton once hailed the sheriff’s 1970s group as “better than the Rollers”, with whom they shared the tartan rockers image.

Guided by Paton, the group played at top venues around Scotland, released a chart single and even had an appearance on Top of the Pops before Sheriff Liddle left to pursue his illustrious law career.

The pair were set for a surprise reunion until eagle-eyed court staff spotted the coincidence.

But strict rules prevent sheriffs from dealing with people they know personally and court staff moved swiftly to ensure the problem never surfaced.

Paton, who suffers from heart problems, appeared in private and was remanded in custody after making no plea or declaration.

She said: “Thomas Paton was on the list that was due to be heard by the other Sheriff on duty that day.”

But a court insider said: “It was never mentioned by the sheriff but as soon as we saw the name we knew of the connection and it was made sure that he did not come in front of Sheriff Liddle.”

Just like their better-known contemporaries, Bilbo Baggins went for the tartan rock look and even played for RAF heroes at a base in Cyprus.

But despite playing sell-out gigs at top spots like the Glasgow Apollo, the “New Rollers” label worked against them.

And their biggest chart success came with ‘She’s Goin’ to Win’, in 1978, which reached just number 42 in the rankings.

In an interview seven years ago, Paton declared: “I am delighted Gordon has been successful.

“Bilbo Baggins were better than the Rollers. They were a very strong, musical band.”

Sheriff Liddle left Cranhill Secondary School in Glasgow without a single O-Grade and began work as an electrician. In his spare time, he played in a band called Horoscope.

Bilbo Baggins began with four members and later added a fifth. For a while, it seemed they were on their way to fame and fortune. But the fame never came and after the band split in 1979, Sheriff Liddle began his career in law.

He graduated in Law from Edinburgh University in 1984 and went on to become an advocate. He was appointed a temporary sheriff in 1998 before being elevated to full-time sheriff in May 2000.