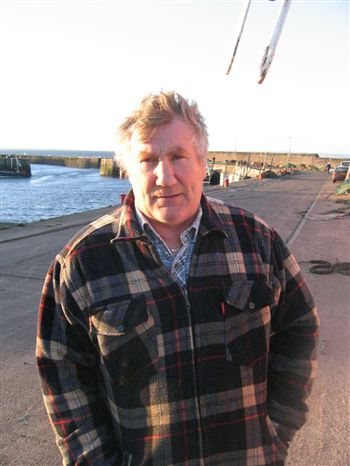 A FISHERMAN is lucky to alive – after reeling in a car-sized live World War II bomb.

Francis Greig, 60, was almost washed out to sea as battled for six hours to try to detangle the eight-foot mine from his fishing net.

The quick-thinking trawler usually reels in scampi to sell on – but still thought to trawl the bomb rather than let it go when he found it on Monday morning.

That meant that members of the Royal Navy bomb disposal unit could carry out a controlled explosion in the Firth of Forth yesterday just three miles from Edinburgh.

Experts say if the bomb was in such a bad state they were unable to identify whether it was British or German.

And they have praised the quick-thinking fisherman for his bravery despite the unusual catch.

But modest Francis insists it was all in a day’s work.

He said: “Maybe I was in shock, but I could see the guts of this thing and knew it was live.

“Years ago a Granton trawler blew up because they pulled in a mine, so I was wasn’t going to mess around.

“If it had gone off, I would have gone up with it – I would have been food for the fish instead of the other way around.

“It was bigger and heavier than a car and a real struggle to get rid of.” 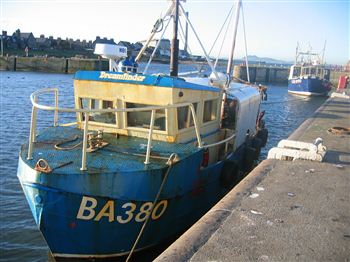 But Angus McIver, Forth Coastguard watch manager, is singing the praises of Frances.

He said: “He very correctly contacted the coastguard immediately and we were able to advise him where to lower it.

“The device turned out to be a very large mine which was live and possibly from the Second World War.

“Mr Greig’s remarkable calmness under pressure meant the device was left safely out of the way of other ships and the ordinance disposal team blew it up.”

And the bomb was not the only leftover from World War II – later that day another fishing boat hauled in a propeller and engine from a plane just 15 miles up shore.

A Coastguard spokesperson added: “We helped the crew of the trawler to cut the propeller free and hoist it onto the pier at Anstruther.

“The Second World War seems a long time ago, but it is still having an impact on the lives of fisherman in the Firth of Forth today.”

Francis vowed to carry on fishing, despite his brush with a bomb.

He said: “It’s just like everyday life to me, and I will be back out tonight once I have mended the net.

“For all I know, I could pick up another one tonight and not come home. That’s the risk you take.”

A Royal Navy spokesperson said: “There’s no saying for sure it would have killed the fisherman but he certainly did the right thing by getting rid of it.

“In its day this bomb was designed to wipe out ships and there would have been a plume of water big enough to see from both coasts.

“There are still tens of thousands of these in the Forth from the war but what we don’t know is whether it was an Allied of German bomb because it was in such a bad state.”