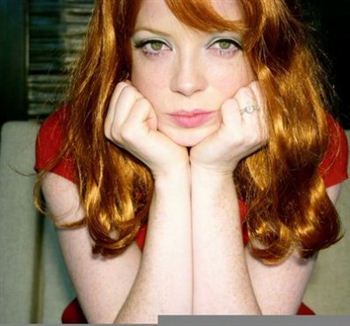 SCOTS rocker Shirley Manson has denied claims she is quitting the music business to concentrate on her acting career.

The Garbage star was reported this week as to being “disillusioned” with the music business.

But the Edinburgh-born singer has hit back on her Facebook blog by saying the rumours are “a load of b******s”.

Rumours circulated this week that she is to concentrate fully on her acting because she no longer wants to “play the corporate music gig”.

But yesterday (Fri) Manson pleased her fans by laughing off the reports that the pop industry had become demeaning to women by producing “nursery rhymes”.

In the online message to her thousands of loyal fans, she said: “Just a quick note to say it is absolute nonsense that I am ‘quitting the music industry’.

“I have no idea where this report came from but it most certainly didn’t come from me. I am not a quitter. It’s just not my thing.

“Perhaps it’s wishful thinking on behalf of a journalist but, oh woopsie, too bad.

“Sorry to break it you, but the reports of my death have been greatly exaggerated.”

The award-winning front woman has also revealed to fans she is about to go under the knife in a mystery operation.

She said: “I am having an operation and in the unlikely event that I die or become brain damaged can I just say that I have had the most wonderful life and can’t think of a lovelier way to have lived than to live creatively and have people like you lot support me in that endeavour.

“Thank you and Goodnight. You really have been a quite marvellous audience.”

Manson, 42, is currently starring as Catherine Weaver in Terminator: The Sarah Connor Chronicles on Virgin 1.

At the conclusion of her first episode, Manson’s character is revealed to be a liquid-metal T-1001 Terminator.

And she has cited actress Glenn Close and ex-Prime Minister Margaret Thatcher as influences for the character.