A BANK worker was sacked, lost her pension and has now been jailed after she admitted stealing £31,000 from the HBOS group. 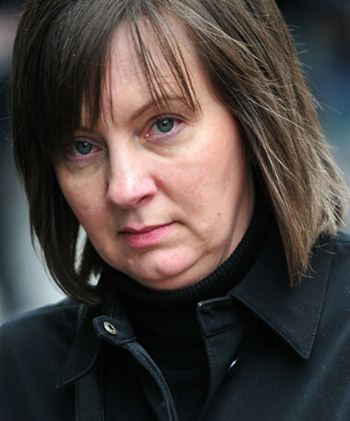 Carol Barclay, 45, was working as assistant manager at the Bank of Scotland branch in the Gyle Shopping Centre in Edinburgh when she stole £31,000 from customers’ accounts.

She was suspended after an elderly man noticed thousands of pounds missing from his account.

The bank refunded all the money to customers and Barclay later admitted embezzlement at Edinburgh Sheriff Court.

And she was jailed for 13 months after sheriff said plans to compensate the financial giant were “unrealistic”.

Fiscal depute Melanie Ward had earlier told the court how an elderly man had noticed his balance was lower than expected in September 2007.

Her solicitor, Mark Hutchison, said Barclay was a “hard working” woman who handled the family’s finances.

Mr Hutchison said: “It seems that she was the one who was looking after the family finances. Although she was not living an extravagant lifestyle there were financial difficulties.”

The result of this was “disastrous” for Barclay and her family, said Mr Hutchison, and she had been trying to find cash to pay back her former employers – who have also cancelled her pension policy.

He said: “She made various efforts to try to raise money but everywhere she has gone to attempt to get a loan to pay this back has been unsuccessful.”

Mr Hutchison added that his client’s parents had offered £2,000 towards repayment while Barclay could pay £150 per month from her new job.

But Sheriff Alistair Noble said the breach of trust involved meant Barclay, of Kinghorn, Fife, had to be jailed.

“It obviously was a breach of trust.

“It seems to me there is no alternative to a custodial sentence.”

Sheriff Noble added that the plans to pay back the money seemed “unrealistic” adding that the bank may have to pursue other ways to recoup its loss.