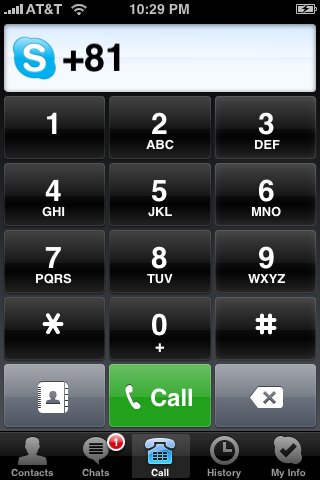 MILLIONS of mobile phone users will be able enjoy free calls after the launch of Skype’s long-awaited download for Apple’s popular iPhone.

Restricted only by being able to pick up a Wi-Fi connection, it means iPhone owners who have Skype will be able to call other Skype users around the world.

But rather than worrying that the software will reduce users phone bills, O2 who own the sole UK rights for selling iPhone, have embraced the idea of the new Skype ‘app’.

A spokesman for O2 said: “We understand (Skype) have designed this to work solely over Wi-Fi.

“We have not blocked the application and, if it is available in the App Store, it will be available to our customers.”

With more than 450 million people registered with Skype worldwide, the internet telephone company feel that the demand for Skype on the move is strong.

“Skype software for the iPhone has been the number one request among our users.

“Skype for iPhone is an experience that offers the same simplicity, ease-of-use and quality our users have come to expect from Skype, combined with an elegance of design and richness so loved by Apple’s many customers worldwide.”

And it’s not just the iPhone that the software will be available on.

The lastest model of Apple’s iPod Touch will also be able to use the programme as it is Wi-Fi enabled and has a built-in microphone.

Geoff Blaber, a CCS Insight analyst, said: “For Skype it’s an important step. They want to diversify the range of hardware on which you can access the service.

“He broader the range of products you can use Skype on beyond just a PC, the more attractive it becomes.”

Critics have complained that the software must be running in order to receive calls, calling it’s usefullness into question.

But a spokesman for Skype said that it works like it would do on a PC.

He said: “The software does need to run in the background for calls to be received.

“But if a call was made to an iPhone and the application was not running then an indication showing that calls had been missed would show up.”

Skype will also be available for BlackBerry phones in May and they have already announced a version for Nokia phones, as well as handsets that run on Google’s “Android” software for mobiles.

Other companies have already offered software that turns the iPhone into an internet telephone, but this is the first time that Skype itself has offered the service.