A HANDYMAN who sold one of two propellers which were stolen from the Royal Yacht Britannia has been jailed. 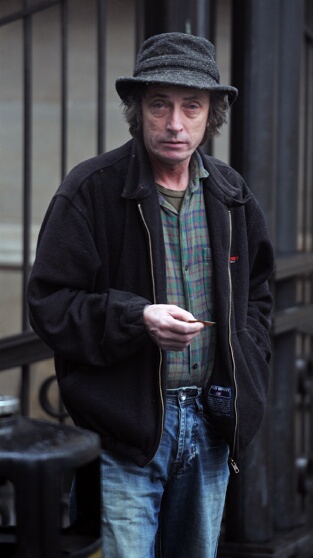 The two seven-foot long propellers from the famous craft were taken from a warehouse in Leith Docks where they were being kept.

Kenneth Halliday, 50, accepted £1,500 for “a couple of hours work” shifting the items and was caught selling a large lump of brass which had previously been one of the propellers.

Halliday was given £5,000 for the three-tonne brass hub of the propeller by a local scrap dealer and split it with the thieves.

But he was arrested after the Britannia Trust reported the propellers – worth £7,000 each – missing following a fire at the warehouse where they were kept.

Police investigated and Halliday was identified after it was revealed he gave a local scrap dealer his real name during the sale.

And at Edinburgh Sheriff Court he was jailed for five months after a sheriff blasted him for helping to destroy an “important local landmark”.

Halliday had earlier been found guilty of handling stolen goods following a trial where he was cleared of breaking and entry and theft.

The massive propellers were taken from a Forth Ports owned warehouse situated to the south-west of the famous boat’s moorings at Ocean Terminal. 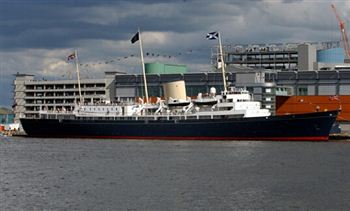 Police at the time described the theft as “highly ambitious” due to the difficulty in moving the objects.

During his trial the court heard how two men had approached Halliday and offered him £1,500 for a couple of hours of work before taking him to a building in Leith and showing him the propeller.

It had already been stripped of its blades but still weighed well-over two-and-a-half tonnes.

Halliday had a flat-bed lorry with a built-in winch and the other men said they had no way of moving the valuable metal.

After hoisting it onto his lorry, Halliday took the brass to William Waugh Scrap dealers in Edinburgh’s Granton area who paid him £5,000 for the propeller.

The handyman claims the sale of the propeller happened in mid-May but security guards did not notice it missing until June during inspections following the blaze.

The second propeller is still missing and no further arrests have been made.

His solicitor, Chris Fehilly, said that Halliday had had no idea of where the propeller had come from.

Mr Fehilly said: “He was utterly oblivious to the illustrious history of the propeller.  His role was not that of criminal mastermind, he was merely there as a facilitator.”

But Sheriff Kenneth Maciver said the theft and reset had resulted in the destruction of a unique piece of local history and jail was the only option.

Sheriff Maciver said: “You were an essential part of this thieving because without your vehicle and your contacts the people who contacted you would have been unable to move this huge piece of brass.

“This is unusual and it is particularly special because the item involved us unique. It can only be regarded as a significant local asset. It is an important Edinburgh landmark.

“Because of your involvement it is lost forever. You took it to a scrap yard where it was reduced to small bits.”

Sheriff Maciver added that he had to make an example of Halliday to discourage other people from stealing or resetting similar artefacts.

He jailed Halliday, of Dalkeith, Midlothian, for five months.

Waterfront Plaza will be the ‘Catalyst’ to Regenerate Leith