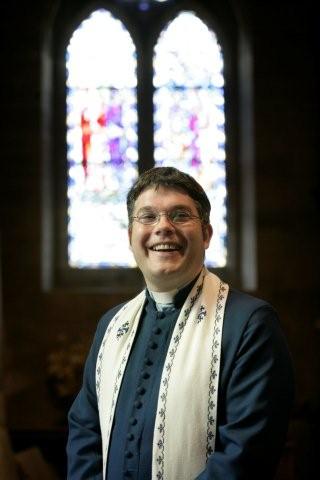 THE CHURCH of Scotland has come under fire after calling for the Kirk’s members to accept homosexuality.

The church’s in-house magazine is urging Christians across the country to finally give their blessing to the lifestyle – just as they prepare to vote next month on the controversial appointment of a gay minister in Aberdeen.

In her final editorial, Muriel Armstrong, the Life and Work magazine’s editor, challenges the widely-held belief that homosexuality is outlawed by the Bible.

But Christian traditionalists have hit back at the development claiming the “peace and unity of the church” would be “seriously undermined” if homosexuality was accepted.

Ms Armstrong accuses some Christians of being selective in their interpretation of the readings, she writes: “What is clear to the lay-person is that not everything Biblical is Christ-like.

“Every student of the Bible is a selective literalist.

“Those who swear by the anti-homosexual laws in the Book of Leviticus wouldn’t publicly advocate slavery or stoning women taken in adultery.

“They presumably no longer accept Biblical teaching on sexual matters such as polygamy and sex with slaves.”

The deeply divisive matter has surfaced just weeks before the church votes on the appointment of the Reverend Scott Rennie, an Aberdeen minister who has been open with his parishioners about his relationship with another man.

He was overwhelmingly backed by his Queen’s Cross congregation to be their minister.

But opponents to the move have taken their case to General Assembly in an attempt to halt the ministerial appointment.

Ms Armstrong added: “Maybe it’s time for the Kirk to lead the way, to be true to its reforming character, as it has done over many issues over decades and centuries.

“In the Kirk’s version of ‘democracy’ is it right that a minority group could overturn the majority decision of a congregation and a Presbytery?

“The dissenters, who have taken ordination vows to preserve the unity and peace of the Church, perhaps ought to ‘agree to differ’ on this and allow the Church of Scotland to remain a broad and inclusive church that can celebrate its diversity while remaining true to the Gospel.”

But Christian group Forward Together have hit back at the magazine’s editor saying they are “deeply concerned” over the latest development.

A statement on their website reads: “At the recent meeting of Aberdeen Presbytery (6th January 2009) the call of Rev Scott Rennie to Aberdeen Queen’s Cross from Brechin Cathedral was upheld, although a substantial number registered their dissent.

“Mr Rennie has openly stated that he is intending taking his male partner with him to live in the manse. This has caused enormous tremors throughout the Church as it is aggressively taking the debate on homosexuality onto a new level.

“Forward Together is deeply concerned over this development and asks for Christians to pray for wisdom for those in Aberdeen Presbytery and the wider courts of the Church.

“We cherish the peace and unity of the Church and feel this new development will seriously undermine both.
“As a group within the Church of Scotland, Forward Together’s desire is to be faithful to the Word of God in all areas of life and doctrine.

“We will respond to any challenge to the Church’s evangelical heritage.”

And the Reverend Ian Galloway, convener of the Kirk’s Church and Society Council, also distanced himself from the Ms Armstrong’s controversial comments.

He said: “Life and Work is an editorially independent magazine and the views that are expressed by the editor are hers.

“They don’t represent any official line of the Church. The Church does not have a particular view, and there are different views within the Church of Scotland.”