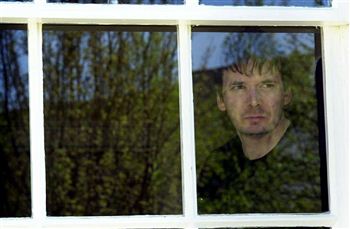 IAN Rankin is auctioning off the first four pages of his new book – three months before it hits the shelves.

The crime writing superstar offers a sneak peak into new novel “The Complaints” to the highest bidder in a charity auction.

The unique prize could fetch a criminal amount of cash for the Edinburgh writer’s local Samaritans branch, which celebrates its 50th anniversary this year.

But the Rebus author wasn’t overly precious about the manuscript, simply stuffing the pages in an envelope and relying on standard Royal Mail delivery to get it to the charity.
They originally asked him to paint a picture to go under the hammer, but the writer admitted he “couldn’t paint for toffee.”

Auction organiser Anna Stevens said: “When I first opened the envelope I read the heading “The Complaints” and thought it was an actual complaint.

“It just arrived in a normal envelope, no special delivery or anything, just a first class stamp.

“This seems to be in character with Ian Rankin.”

The book, set in Scotland’s capital, focuses on internal investigations within the police force.

He said: “The cops out there will know that the title is shorthand for Complaints and Conduct, this being the department that investigates misdemeanours within the police.

“My main character is a detective who spends his time rooting out bad cops, making him an unpopular figure within his own force.

“When he himself comes under investigation, there are plenty of people looking for payback.”

The first four pages of the book go under the hammer at Lyon and Turnbull auctioneers on June 22.