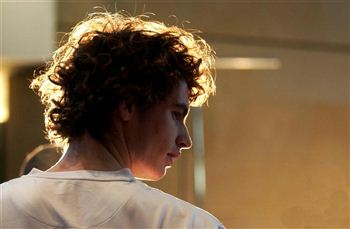 TELLY BOSSES are hoping for a surge in viewing figures today (fri) after the number of those watching Andy Murray’s last match plummeted by seven million.

An average of  4.2 million tuned into his quarter final thrashing of Spaniard Juan Carlos Ferrero on Wednesday.

But just two days earlier 13 million people were glued to their screens as the Scots tennis star sweated his way to victory in a late-night Centre Court battle with Swiss Stanislas Wewrinka.

The BBC pointed towards on-court timing and the length of matches for the seismic shift in audience numbers.
Despite the early start of Wednesday’s match, Murray has commanded an ever-increasing share of the TV audience in consecutive matches.

Monday’s five-set epic started at 6.30pm – prime time for picking up teatime viewers, and finished at 10.38pm, shoving Newsnight back on the schedule.

But Murray’s swift disposal of Ferrero meant the game was over before most of his fans had returned home from work.

The game started at 3pm and finished at 4.40pm, sending Murray into the quarter finals before most people had finished work.

But it still pulled in a massive 45 per-cent of the nation’s viewing, compared to 20 per-cent in his Wimbledon opener.

Prime Minister Gordon Brown was among those who tuned in on TV see Murray’s sensational three-set disposal of Ferrero.

Mr Brown said: “I saw much of the match – he did brilliantly.

“You could see the reaction of the crowd that they were so impressed by his determination and his performance. I wish him well.”

Even if Murray does reach Sunday’s Grand Slam final, a BBC insider said they weren’t expecting figures to top the record breaking 32million who tuned into Princess Diana’s funeral in 1997.

Both BBC and ITV had to warn electricity bosses at the National Grid of their expected audiences in a bid to avoid a meltdown.