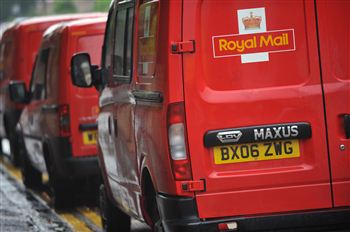 HUNDREDS of Royal Mail workers in Scotland walked out on strike yesterday (mon) to support colleagues across the UK.

Around 460 staff from Dumfermline, Cowdenbeath, Alloa, Grangemouth and Edinburgh distribution centres were striking until 6.30pm.

It is the first time Scottish workers have gone out on strike since June 2007 – and only the second time in over 13 years.

Dave Ward, deputy general secretary of the Communications Workers Union, claimed that the action was because bosses at Royal Mail have been dragging their feet over their modernisation programme.He said: “Postal workers are sick and tired of an incompetent management running their business into the ground.

“Workers are busier than ever and being treated badly – and the current round of cuts in jobs and services is unacceptable.

“Royal Mail agreed in 2007 to work with the union on agreeing modernisation.

“Despite explicit commitments to negotiate they are reneging on that agreement and imposing panic-driven cuts to jobs and services – this is downsizing, not modernisation.

“The company has failed to set out any clear or joined up vision of what modernisation really means.

“They must stop imposing change and work with the union to agree the bigger picture of modernisation that the postal service badly needs.”

He said: “The CWU is again saying one thing and doing another – publicly they say they want modernisation yet they write regularly to members saying union policy is to oppose change on the ground.

“They agreed with us only last week a timetable for further talks on change yet they now announce a national strike ballot – their behaviour beggars belief.”

Royal Mail said it expected disruption to be minimal with only 460 of around 12,000 workers in Scotland on strike.