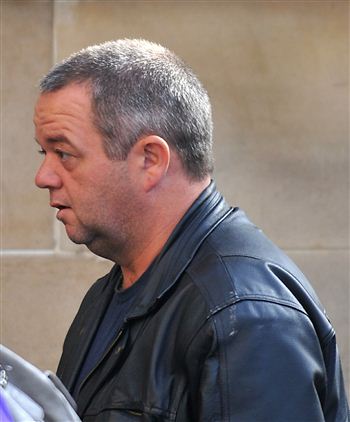 By Paul Thornton and Michael MacLeod

A TAXI driver who left a teenager for dead after mowing him down on a zebra crossing has been jailed.

Horrified medics found Scott Burnett, 17, lying in the road with tyre marks across his body from where the seven-seater cab had broken his pelvis.

Cabbie David Horsburgh, 44, stayed behind the wheel in a bid to escape, but later called police when his guilty conscious got the better of him.

Now jobless, he was caged yesterday for eight months and banned from the roads for two years.

His victim still struggles to walk and yesterday called for Horsburgh to get a lifetime ban.

Mr Burnett, who had planned to become a plumber before his injuries forced him out of work, said: “I was very scared.

“I thought I was going to die.

“The doctors told me I was a very lucky boy to be alive.

“He should not be a taxi driver if he is going to go about running people over.” 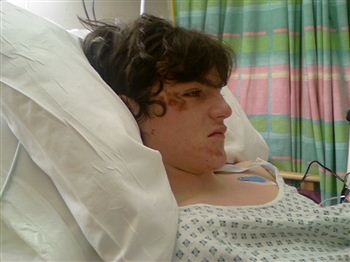 The youngster doesn’t even remember his night out with friends in Newtongrange, Midlothian, on November 29 last year.

Witnesses told a trial at Edinburgh Sheriff Court that they saw him walking over a Zebra crossing with three friends in the town’s Main Street in the early hours of the morning.

Then Horsburgh’s black Peugeot cab drove through the crossing and slammed into Mr Burnett, who managed to cling onto the bonnet for his life.

A nearby resident – David Bernard, 31, a football linesman – said Horsburgh careered his taxi over to the wrong side of the road and the momentum threw the youngster off.

Mr Bernard – a driver of 14 years experience – said Horsburgh’s driving was “at least reckless” and described his fleeing the scene as “a disgusting act”.

Horsburgh then drove off, telling a 24-year-old nurse who was a passenger in the vehicle that he “was not going to stop”.

He claims he “flashed his lights” at a passing police van.

But he drove home and did not contact police for over half-an-hour after leaving the youngster lying in the street.

Mr Burnett said: “I was crossing the zebra crossing and the next thing I knew I was on the bonnet.

“I didn’t know if I was going to die or not because he was not slowing down.

“He basically left me for dead.

“If I had fallen over the other way, the wheels would have went over my head and I would be dead.” 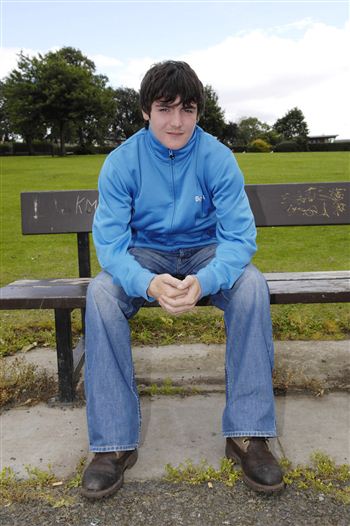 Later that morning Mr Burnett woke up bruised and battered in Edinburgh Royal Infirmary with no idea what had happened to him.

The crash left him with three serious cuts to his liver and he spent the next fortnight receiving treatment for deep internal bleeding.

Driver Horsburgh was found guilty of dangerous driving and leaving the scene of an accident by a jury last month and sentenced yesterday to eight months by Sheriff Fiona Reith.

His lawyer Mark Hutchinson said: “As a direct result of this incident he has lost his job, but that is his own fault.

“He has always been in work and is not scared to work, and that is why he is maybe someone who could be of benefit by carrying out a community service order.”

But Sheriff Reith told the cabbie: “In light of the might and gravity of the offence it is my view nothing other than a custodial sentence would be appropriate.”

Mr Burnett is now forced to get by on disability benefits until he has fully recovered.

He added: “I’m glad he has been found guilty because he could have gone and done the same thing to someone else but I don’t hold a grudge.

“I couldn’t walk for three weeks and I have been unable to work since. It was shocking, I never did anything to get run over.

“He just should not be allowed to drive.”