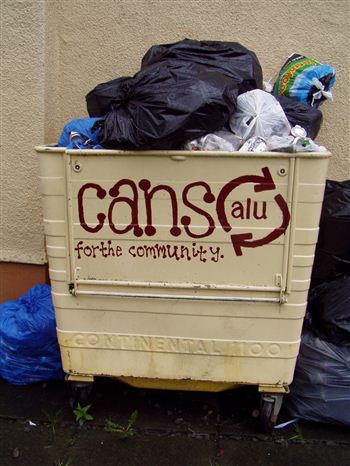 PLANS have finally been released detailing a new eco church to be built in Scotland entirely from beer cans, tyres and shipping containers.

Eco-friendly parishioners have gathered almost half a tonne of beer cans for the building in Milton in Glasgow, which will replace their current place of worship.

The Church of Scotland congregation joined forces with architect Lee Ivett to design the church when they were told a conventional replacement for Colston Milton Parish Church would cost millions.

The church-goers were keen to replace their previous building because of its astronomical heating bills, and concerns over its carbon footprint.

The church’s Reverend Christopher Rowe said: “The response from the people of Milton has been fantastic – people of all ages have been helping collect old cans from the woods and bringing them in from home.

“These cans alone have cut nearly 10 tonnes of CO2 from Milton’s carbon footprint.

“This time last year we were just dreaming and people thought our ideas were a bit mad but we have now shown that it can be done.

“Our new building may be ‘pure rubbish’ but it is also beautiful, we will be taking unwanted things and using them to create something new and exciting. 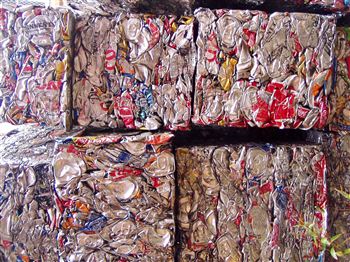 “It is a win-win-win situation, the community will gain confidence and skills through this project, the congregation and other local groups will get a new home, and the environment will benefit from lower carbon emissions.”

Having secured £43,000 of funding for the Scottish Government in September of last year, parishioners set about collecting for the makeshift church.

And the volume of beer and soft-drink cans brought to the Reverend’s manse soon meant that a special collection point had to be made.

The design of the church is based on the “Earthship” template – an eco-friendly design popular in the United States in the 1970s.

The church is to be part of a “community campus” in the area, owned by community group LoveMilton.

Construction is expected to start next summer.