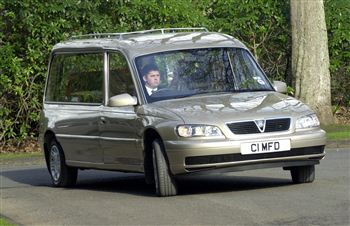 THE HOME of infamous Scots murderers Burke and Hare is advertising for help in dealing with the unburied bodies of around 100 people every year.

Many are forgotten John or Jane Does who have died on the city streets, others simply the unfortunate few destined for a pauper’s grave because no one else will meet the cost of their funeral.

Now Edinburgh council chiefs have advertised an £85,000-a-year contract for help to cope with the numbers.

All local authorities are legally bound to ensure funerals are held if no other arrangements are made.

An Edinburgh City Council spokesperson said they dealt with around 100 such cases a year, adding: “The Council has a statutory obligation to bury or cremate the body of any person who has died or been found dead in their area.

“This is in cases where it appears to the Council that no suitable arrangements for the disposal of the body have been made.

”This might be people who are homeless without dependents, or families who simply don’t have enough money to pay for a private funeral.”

Reverend Ian Galloway, convenor of the Church and Society Council with the Church of Scotland, said that it was unfortunate but inevitable that some people would die alone in the world.

Rev Galloway, 57, said: “How many people live alone at the end of their lives?

“In these circumstances it’s a mark of civil society that the local authority, along with undertakers, council officials and others, ensure that there is a dignified place for the funeral to take place.

“The local authority has to deal with this particularly sad part of urban life, which may be true in Edinburgh, but also in other cities.”

A survey by the Department of Work and Pensions last month showed that as well as being one of the most expensive places to live in the UK, Edinburgh is also the most costly place to die.

The Capital topped the list ahead of Birmingham, Chelsea and Kent, with an average funeral costing £1,600, even without burial costs factored in.

One family-run Edinburgh funeral directors website even states: “It is not uncommon for a funeral account for a burial in Edinburgh to come to somewhere in the region of £3,000-£3,500.”

Gordon Greenhill, Edinburgh City Council’s head of community safety, said previously: “Burial and cremation costs in the city reflect the cost of providing a quality service and enable the council to continue to maintain and conserve our 39 cemeteries and graveyards.

“In Edinburgh, we maintain grave sites in perpetuity, whereas in some authorities this is time-limited.”

A local charity which works with homeless people praised the tender, saying that it was vital for councils to provide such services in the cases where people who have lost contact with their families need to be buried.

John Downie, chief executive of charity Streetwork, said that many people do lose touch with their dependents, and that a proper funeral in these circumstances was important.

Mr Downie, 50, said: “It’s easier than you think for people to end up completely physically and socially excluded.

“For the council to ensure that the appropriate arrangements are made for these people when they pass on is very important.

“It shows a wider respect between human beings.”

Irish immigrants William Burke and William Hare were notorious body thieves and murderers in Edinburgh selling their victims to medical science in the 1800s.