A SCOTS soldier who had his account emptied by fraudsters was told bankers wouldn’t freeze his money unless he called them in person – despite the fact he was fighting the Taliban on the Afghan front line in Helmand Province. 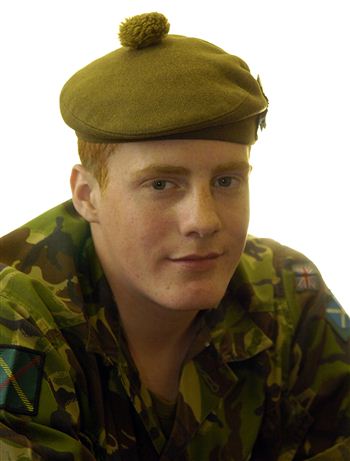 Daniel Lawson, 22, had £1600 taken from his account and asked his dad John to tell Abbey National chiefs. But they insisted that he phone them from the war zone direct – for security reasons.

Private  Lawson, 22, from Edinburgh, has been fighting in Afghanistan with the Black Watch for the past six months.

But the soldier’s bank refused to do anything about the theft – unless he called their offices personally.

The young squaddie can only make very limited phone calls back to Britain for operational reasons.

And he is unable to go through the bank’s telephone system as phone lines out of the Afghanistan are often blocked by army chiefs.

Pte Lawson has had £1,625 in army wages stolen from his Abbey National account in recent months.

The fraudster had used a stolen driving licence belonging to the soldier to make repeated withdrawals from his account.

He recently discovered more cash had disappeared from his account and called his father to phone the bank and freeze his account.

But bank bosses have refused to authorise the freezing of the account because they need the authority from Pte Lawson himself.

Pte Lawson had been visiting friends in Inverness in February when he had his driving licence and wallet stolen.

The crook then used the licence to withdraw £600 from an Abbey National branch, before taking out £300 from another branch in the Borders the following day.

Mr Lawson, 42, a Christian missionary worker, said: “It was only when he tried to buy a rail ticket he discovered his account was cleaned out.

“After a month-long investigation, they repaid the £900 but Daniel missed direct debit payments and had to borrow money from friends and family until then.

Abbey National gave Pte Lawson a new account before he left for his current tour of duty, but he realised another £725 had gone missing after checking his account this week.

Mr Lawson added: “I found it incredible that they let this happen again because it was at the same Inverness branch.

“Daniel managed to contact me to ask me to deal with it as he’s getting paid in a few days and was worried it would be stolen. But the bank said Daniel had to call in person or they couldn’t do anything.

“The Inverness manager told me the same.

“It’s absolutely disgraceful that a soldier under fire in Afghanistan can’t stop someone stealing his wages but they’ll let someone walk in with stolen ID and give them the lot.”

After much lobbying Abbey’s investigator fraud investigator finally contacted him with the news his son’s account was being frozen.

Mr Lawson said: “The investigator was very apologetic and said they planned to look at ways to protect soldiers serving abroad.”

And just two weeks ago the soldier witnessed a colleague being blown up while on patrol.

An Abbey National spokesperson said: “We have placed a block on Mr Lawson’s account and are undertaking a full investigation.” 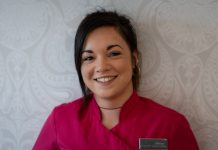