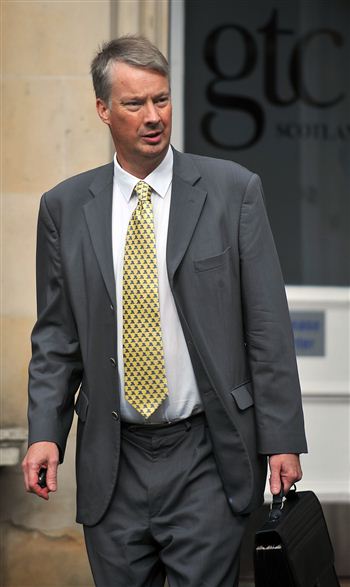 A RECTOR at one of Scotland’s top private schools was reprimanded by the General Teaching Council yesterday for interrogating a 10-year-old pupil for almost two hours.

Peter Brodie admitted charges of misconduct in dealing with the pupil, who cannot be named for legal reasons.

The Rector of £9,000-a-year Glasgow Academy pulled the pupil out of the playground on August 28 last year, and questioned him over claims of drug use.

The boy’s parents were not informed until almost two hours later, during which time the boy had been interviewed with only a 15-minute break.

The sub-committee heard how there had been rumours at the school about the presence of drugs, and that suspicion had fallen on the 10-year-old boy.

The GTCS’s representative Robbie Burnett said that Brodie’s conduct was “unprofessional and inappropriate.”

He said: “The right thing to do would have been to contact either the social services or the boy’s parents.

“It was inappropriate to take this young man from the playground and interview him for one and three-quarter hours.

“To interview a young boy for that amount of time is inappropriate and represents misconduct.

“There are a variety of guidelines and many of them were broken in the way he went about the interview.

“If this was an error, it was a grave error.

“This should not have happened at all, and that it did happen is reprehensible.”

Mr Burnett also claimed that the boy had suffered “psychological damage” as a result of the incident – but this claim was dismissed due to a lack of evidence.

The boy was taken from the playground at around 1.15pm, and interviewed by Brodie and Tony Brook, head of the Glasgow Academy’s Prep School, until 3.35pm with only a 15 minute break.

The boy’s parents were called at 3.50pm, and arrived after roughly 40 minutes.

However Tim Glover, representing Brodie, said that his client fully accepted the charges, and wanted to spare the boy from having to give evidence at the hearing. 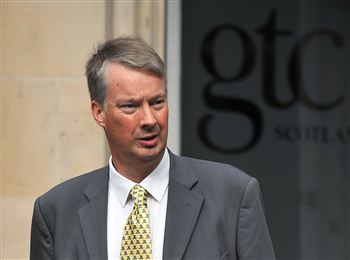 He also highlighted Brodie’s 30 years of teaching experience, and his willingness to co-operate with the GTC’s investigation.

Mr Glover also defended Brodie’s actions, saying: “Mr Brodie felt that he had no alternative, and it is not contested that direct reference to a scary man was made during the interview.

“This could have been a drug pusher close to the school, and it is reasonable for him to investigate that.”

He also apologised on Brodie’s behalf to the boy and his family, and added that the boy was now making “good progress” at a new school.

After hearing the arguments, the council decided to reprimand Brodie, and issued a “strong recommendation” that he undertake “a course in the skills and practices in the interviewing of children.”

Jim Thewliss, convener of the GMCS’s Disciplinary Sub-Committee, said: “The sub-committee were of the view that to direct the Registrar to remove the respondent’s name from the register, would be disproportionate.

“The subcommittee accordingly felt that a reprimand was the most appropriate in the circumstances.

“In making this disposal, the sub-committee took into account the distress that the respondent had caused to a child in the inappropriate and unprofessional approach that he took to the interview.

“Against that, the sub-committee was impressed by the following: the fact that the respondent had accepted the charge of relevant misconduct, thereby removing the need for the child to give evidence.

“They were also impressed by the respondent’s contrition, and the dignity with which he conducted himself in the course of the hearing, his length of service as a head teacher, and the references which have been lodged on his behalf.”

The reprimand issued by the GTCS lasts for five years.

And in August of last year the school was rocked by allegations of drug use amongst pupils – leading to yesterday’s reprimand.

At that time, another boy’s mother reportedly discovered a small quantity of tobacco in his bedroom which was found by police to contain traces of cannabis.

That pupil claimed that the eventual subject of Brodie’s interrogation had brought the tobacco to school.

Although initially dismissed after an investigation, further playground rumours led to Brodie and Mr Brooks pulling the boy out for interview.

Since the incident, the boy has reportedly moved on to a new school and, according to Mr Glover, is making “good progress”.