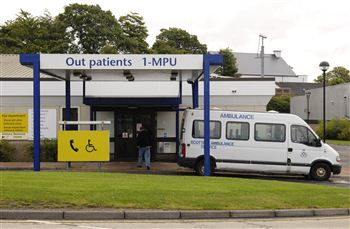 THOUSANDS of patients with Parkinson’s disease are being misdiagnosed, costing the taxpayer £2.5million every year in bungled medication, according to a new study by Scots doctors.

Researchers at the Southern General in Glasgow have revealed that up to 6,300 patients in the UK suffering from little more than stiffness or hand tremors could have been diagnosed wrongly by GPs.

The authors of the Institute of Neurological Science report have said that as well as the sheer cost of mistakes, patients are not being treated for their actual health disorders.

Dr Kieran Breen from the Parkinson’s Disease Society, and one of the authors of the study said: “Some GPs take tremors as the main indication but only 70 per cent of sufferers have tremors.

“The patients should be referred to neurologists with more expertise and they will make a much more accurate diagnosis.

“If 5 per cent of the 120,000 Parkinson’s sufferers in Britain have been misdiagnosed, up to £2.5million is being spent on wasted medication a year.

“We didn’t find evidence that taking the drugs caused hard to the patients without Parkinson’s – but it could mean people were denied the correct drugs to improve their actual condition.”

The study found that on average those misdiagnosed with the disease had been on the wrong medication for six years, costing £370 per person for each year.

Independent MSP and Parkinson’s disease sufferer Margo MacDonald said: “I had no idea this was happening and I wonder if there may be a cluster of neurological conditions that are being mistaken for each other.

“I hope extra funding will be made available to investigate what conditions are being misdiagnosed as Parkinson’s.”

It said: “This might be as high as 570 in Scotland and 6,300 in the UK, when adding the misdiagnosis rate for patients who did not meet selection criteria, but stopped anti-Parkinson medication successfully.”

Dean Marshall chairman of the Scottish GPs committee of the BMA, said that Parkinson’s was a difficult disease, but added: “If there is more training or education needed for GPs then that should be looked into.”

Around 120,000 people in the UK have Parkinson’s disease, which is a progressive neurological disorder that occurs when cells die in the part of the brain that controls movement.

A number of high-profile celebrities suffer from the disease, including boxing legend Muhammad Ali and film star Michael J Fox, who was diagnosed at the age of just 30.

Covid-19 impact on surgery led to 6,000 child deaths every month in developing countries

New services have been introduced to help find cancer sooner