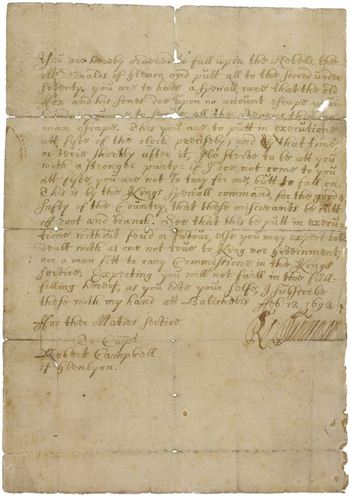 A HANDWRITTEN Robert Burns poem worth £30,000 is to be displayed for the first time alongside some of Scotland’s most treasured artifacts.

The Battle of Sherramuir, a poem detailing the Jacobites’ fight against the king’s army at the height of the Jacobite rebellion, will be among the highlights of the Treasures exhibition in Edinburgh.

The Forlani Map – the first ever printed map of Scotland – and Sherlock Holmes tale The Adventure of the Illustrious Client, handwritten by Arthur Conan Doyle, are also expected to tempt the crowds out of the cold and into the renovated National Library of Scotland.

The map, which is the showpiece of the library’s collection of two million maps, dates back to 1546 and is derived from a document charting the British Isles.

Another highlight of the exhibition, which runs from this Thursday to the 8th January, is the signed order of the Massacre of Glencoe, a chilling document sanctioning the murder of senior members of the MacDonald clan by the Campbells.

The 300-year-old document ordered the Campbells to “putt all to the sword under seventy” those of the MacDonald clan.

Other famous documents include the Copperplate Map of Treasure Island, complete with X marking the spot of buried treasure.

The map was part of the 1895 memorial Edinburgh edition of Robert Louis Stevenson novels.

Martyn Wade of the National Library of Scotland, said: “We are very excited to be celebrating the year of Homecoming by offering members of the public the opportunity to see this collection of priceless Scottish treasures.

“The collection has a wide appeal, with pieces from iconic Scottish literary figures in Burns, Conan Doyle, Scott and Stevenson, and from key moments and movements in the history of Scotland, including the Covenanters, the Jacobites, the Union of the Parliaments and, of course, the massacre at Glencoe.

“I would encourage anyone interested in catching a glimpse of Scotland’s history to visit the library this winter.”