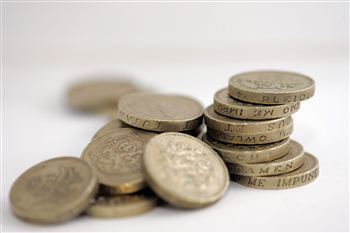 HE HIT headlines across the world when it was revealed he left his legacy to places across the globe that shared his surname.

But the claims baffled the solicitors of Eric Gordon Douglas – the mysterious Edinburgh philanthropist – as his will doesn’t show any such bequests.

It seems that the heart-warming story of generosity started after one of the beneficiaries misunderstood the terms of their donation.

Douglas Borough Council on the Isle of Man was bequeathed £10,887.73 and somehow thought that they were amoung 20 places around the world named Douglas that had benefited from his will.

The bachelor used to holiday on the Isle of Man and left money to the council, a museum and an old folks home on the island.

“Laughing his socks off”

But it turns out that most of Eric’s legacy was left to a long list of charities in the UK, including the Scottish SPCA, the RNLI and Children 1st.

The retired accountant left a total of £329,452.32 – most of which was the value of his home – and dished it out to 18 different institutions and one friend.

Although the story of the eccentric Scot spreading his generosity across the globe wasn’t true, his friend Graeme Fraser said that Eric would have loved the attention that his death has brought him.

He said: “He’ll be laughing his socks off wherever he is.

“He would have loved the fuss this has caused.

“Eric was eccentric without a shadow of a doubt, he was quite a character.

“He’ll be kicking himself he didn’t do it this way, because he had quite a sense of humour.”

Living in the capital all his life, he didn’t move out of the house where he was born in the Harrison area of Edinburgh until after his father George’s death in 1959.

And even then, Eric moved less than a mile away to Abbotsford Court in the city.

Staff at Aitken Nairn, the solicitors who were executors of the will and wrote to Douglas Borough Council, were mystified by the mix-up.

The council admitted they had made a mistake, saying: “We would like to clarify that there was some confusion over this issue, and would apologise for any distress it may have caused.”