A SUPERMARKET sales war is brewing as rival stores battle to come out on top during the festive sales.

The four big players – Tesco, Sainsbury’s, Morrison’s and Asda – are due to report their Christmas sales this week.

But analysts are already singling one giant out as the weakest link – despite impressive figures.

Tesco is expected to show a sales increase of over 3 per cent over Christmas.

But that leaves them trailing Sainsbury’s who boasted a 4.2 per cent rise, while Morrison’s and Asda are still to reveal their success.

Edward Garner, communications director at TNS World Panel, said: “There’s been a lot of proce activity from everybody in many shapes and forms.

“Tesco saw people weren’t going to be as austere in 2009 as in 2008 and so promoted its Finest range very strongly.

“There is certainly more promotional activity around now than there was a year ago and the noise level has gone up, particularly from Asda and Tesco.

“But they’re less keen on the ‘buy one get one free’ offers now and are veering towards straight price cuts or offers like ‘three for £10’.”

Analysts think Tesco will highlight its non-food sales after it cashed in on the collapse of Woolworths and Zavvi by stocking toys, DVDs and calendars over Christmas.

The supermarket is tipped to focus on customers also buying high end products in their Finest range.

Rahul Sharma, director at investment management firm Martin Currie, said: “It’s very clear from the numbers we’ve had from Next, John Lewis, and Marks & Spencer that the UK had a relatively good Christmas.

“There’s no denying Tesco will have benefited too, but I think we will continue to see Tesco under-performing its rivals.

“Morrisons is doing very well and I expect it to be ahead of the others.

“So I expect Tesco to be behind the pack of the other main superstores – but it will still be an improvement on the numbers they last gave us.” 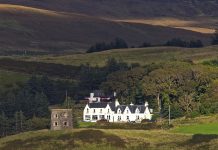 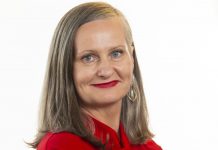