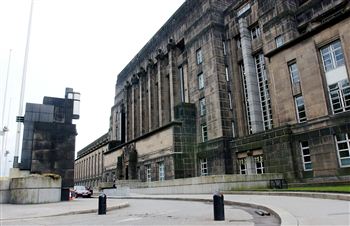 THE Scottish Government paid senior managers more than £2m in bonuses last year, it has been revealed.

Top civil servants and consultants from nearly all of the government departments have raked in bonuses of hundreds of thousands of pounds.

The office of the Director General for Justice topped the list, being awarded £324,200 last year.

The money could have paid for about 105 newly-qualified nurses, 93 new police recruits or 97 trainee teachers.

Critics have slammed the bonuses as a waste of taxpayers’ cash, adding that the Scottish government cannot afford to give public funds away.

Matthew Elliott, chief executive of the TaxPayers’ Alliance, said: “The public finances are in a huge mess, and taxpayers simply cannot afford these perks.

“Bonuses can be effective in encouraging exceptional performance, but they should only be paid out when they can be afforded.”

The documents also revealed that the Director General for Education’s department was given the second highest bonus of £274, 250.

And this does not include the £59,450 given to the HM Inspectorate of Education, to be shared out between just 24 members of staff.

Despite losing millions from the sale of their plush Edinburgh HQ, 11 staff at the National Archives of Scotland shared out £11,700 in bonuses.

The list also confirmed that performance related payments had been given to the Accountant in Bankruptcy, the agency of the Scottish Government that handles failed businesses.

And it revealed that up to six staff at OSCR – Scotland’s charity regulator – received undisclosed bonuses from the treasury, while, even the Forestry Commission Scotland received £202,685 for good performance.

The figures, released under Freedom of Information legislation, show the extent of public sector bonuses in Scotland.

Five public service departments – environment, health, economy, forestry, environment and education – received more than £200,000 each, while one received over £300,000.

The figures also show that £329,666 was given to 228 undisclosed “miscellaneous staff”’ at government agencies.

A spokesman for the Scottish Government defended the payments and added that many were decided at Westminster.

He said: “These performance related payments recognise exceptional performance, which contributes to a more effective and efficient organisation.

“We are currently carrying out a review of our working practices to ensure we deliver our priorities as effectively as possible.”

“The pay of senior Scottish Government officials is a reserved issue so decisions on the framework are taken by the UK Government and not Scottish Ministers.

“This year the Permanent Secretary has agreed to waive his non-consolidated performance-related pay award.”