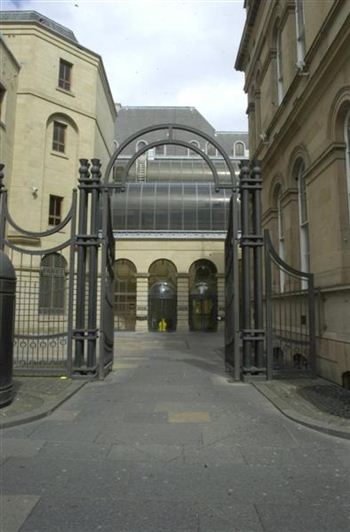 A YOUNG mum lived out “her worst nightmares” when a murderer forced her to drive at 60mph straight towards a policeman.

Natasha Fell, 22, claims she had no idea Philip Graham was on his way to commit murder when he asked her for a lift on June 14 last year.

Thug Graham, 23, is serving life imprisonment for stabbing tragic dad of five Mark Johnston, 31, after a row at a party in Edinburgh’s Haddington Place.

He screamed at Fell to “drive, drive” directly at PC Andrew Stewart who had to jump out of the way of the speeding car, Edinburgh Sheriff Court heard today (Wednesday).

She was initially charged with attempted murder, but prosecutors accepted her plea to the lesser charge of dangerous driving.

A sheriff told Fell yesterday that she would have been jailed had her driving not been influenced by killer Graham.

The mother of one was visibly shaking and wept in the dock as members of the late Mark Johnston’s family taunted her in court.

On hearing Fell was not being jailed, one shouted: “That’s a joke, she’s a liar.

“She knew exactly where she was going in that car.”

Another said: “What about my brother Mark,” before being removed from court by police.

Fell was too upset to speak outside court, and her defence agent Gayle Addison requested that her address not be published for her safety.

Miss Addison said: “What I can say on behalf of Natasha Fell is that in her worst nightmares she could never have found herself in that situation.

“She acted without any rational thought and on the instructions of a convicted murderer who was giving orders from the passenger seat.

“He was shouting “drive, drive” at her.

“This started out as a favour to give people a lift and the seriously tragic consequences were not anything she was aware of.

“Her regret is incredible.”

“Unaware of what was going to happen”

Fell, who has a two and a half year-old son, was yesterday banned from driving for two years and ordered to do 260 hours of community service.

Fell always insisted she was simply asked to drive friends to a party, unaware of what was going to happen.

She is no longer friends with “the wrong crowd,” according to Miss Addison.

She said: “Natasha is from a good family and while she did fall in with the wrong crowd, she no longer associates with these people.

“She has very little experience of driving and I think anyone of any level of experience would have done what she did.

“She is very lucky in that all her family have supported her through this, having been charged with a very serious offence.”

Sentencing Fell to carry out unpaid work for the community, Sheriff Deirdre MacNeill QC said: “Although imprisonment might be satisfactory, I am not satisfied that it is the appropriate thing to do.

“These are particularly unusual circumstances and it is something I am sure you will remember for the rest of your life.”